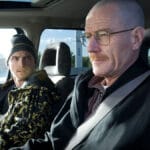 “Better Call Saul’s” producers, AMC Networks and Sony Pictures, are being sued by Liberty Tax Service for trade dress and trademark infringement in what the company alleges is an “intentional misuse” and “rip off” of its image.

The suit also alleges “dilution, defamation, disparagement, and injurious falsehoods” for its depiction of the business as fraudulent.

In Season 6, Episode 2, the title character goes to an illegitimate business called “Sweet Liberty Tax Services,” which is being run by the embezzling family of the Kettlemans.

Screen shots from the episode were included in the lawsuit, one of which is featured at the top of this post.

In the court documents, Liberty Tax Service claimed the series blatantly copied its famous logo and style, which includes images and replicas of the Statue of Liberty.

“Out of all the names Defendants could have used for the tax business portrayed in Episode 2, they decided not to be original at all, but instead rip off the famous Liberty Tax trademarks, which have been used for over 25 years, and mimic an current Liberty Tax location just by adding the word ‘Sweet’ in front of Liberty Tax’s trademark,” the suit reads.

AMC Networks and Sony did not respond Tuesday to media requests for comment about the lawsuit. 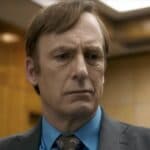