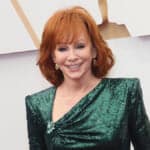 Reba McEntire is setting up the suspense coming to ABC’s “Big Sky” Season 3 in its brand new teaser trailer.

The new season, which is being called “Big Sky: Deadly Trails,” also features Jensen Ackles, who made his debut in the Season 2 finale. He’s also featured in the new teaser, heading out on an investigation with series star Katheryn Winnick. Kylie Bunbury, who also stars in the show, appears to have made a discovery in another moment from the new footage.

Here is the logline for Season 3: “Private detective Cassie Dewell (Kylie Bunbury), undersheriff Jenny Hoyt (Katheryn Winnick), and newly appointed sheriff Beau Arlen (Jensen Ackles) maintain order in Helena, Montana with their unparalleled investigative skills. But when a local backcountry trip led by charismatic outfitter Sunny Barnes (Reba McEntire) goes awry, the trio faces their most formidable mystery yet – in which no camper can be trusted and where danger lurks around every jagged rock and gnarled tree.”