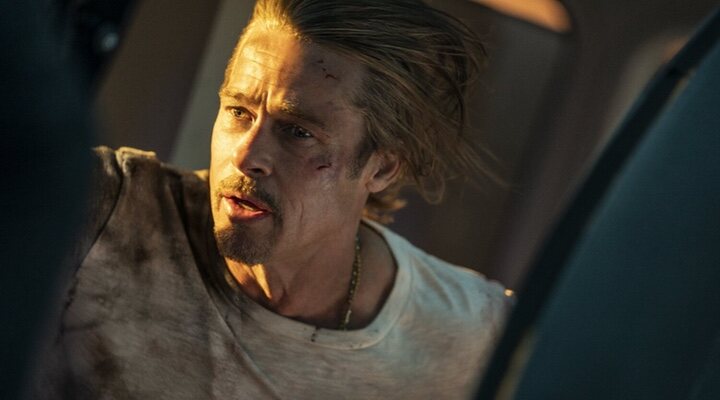 Brad Pitt has cleared the doubts about the rumors announcing his possible retirement from the world of cinema. The actor is currently awaiting the premiere of his new and second blockbuster so far this year. After the arrival of ‘The Lost City’, the actor will be back on the big screen starting next August 5 with ‘Bullet Train’an action thriller in which he will be accompanied by Sandra Bullock, Joey King and the singer Bad Bunny, among others.

The retirement rumors began when in recent statements for the magazine GQ, the ‘Moneyball: Breaking the Rules’ actor referred to his ongoing projects as “the last semester or quarter”. From that moment, the alarms went off among some of his fans who fearfully began to think that these works in progress could be the last of Pitt. Therefore, the Oscar winner for his role in ‘Once upon a time in… Hollywood’, has clarified the doubts about his retirement when Deadline asked him about it during the premiere of ‘Bullet Train’.

“Nope!”Pitt says with a laugh. “I really have to work on my way of expressing myself. I was just saying, you know, I’m kind of past middle age, I want to be specific about spending those last moments, come and go.“. In turn, the protagonist of ‘Ad Astra: Towards the stars’ has responded about his future plans: “I’ve never been one to plan five years in advance”.

In defense of Ana de Armas

There has been a lot of commotion after the release of the trailer for the new film ‘Blonde’, produced by Pitt himself from his production company Plan B Entertainment. The film follows the life of Marilyn Monroe, who is played by the Cuban Ana de Armas (‘Blade Runner 2049’). This news has caused some outrage on the part of some viewers who claim that Armas’s Cuban accent does not fully resemble Monroe’s breathy tonewhich became an American icon.

For this reason, Pitt has come out in his defense in statements to Entertainment Tonight: “she is phenomenal. That is a difficult dress to fill, it was ten years of work. It wasn’t until we found Ana that we were able to cross the finish line.”. The owners of Monroe’s estate have also defended the role of Armas in the film.which will be available on Netflix from September 28.