Brad Pitt, delighted with Ana de Armas: “She is phenomenal as Marilyn” 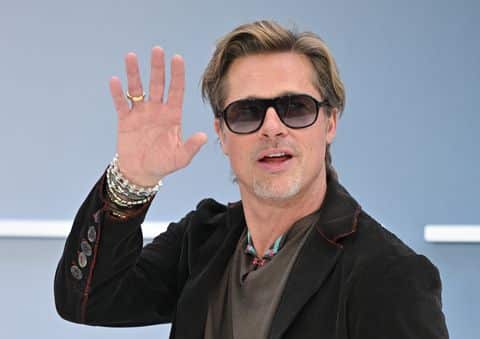 Brad Pitt has come out in defense of Ana de Armas as Marilyn Monroe in ‘Blonde’ given the recent criticism of the actress for her cuban accent in the movie trailer.

Pitt, producer of the film with his company Plan B, has only good words for the Hispanic-Cuban actress, even going so far as to affirm that ‘Blonde’ wouldn’t have happened if they hadn’t found it: “It was 10 years of elaboration process. It wasn’t until we found Ana that we were able to cross the finish line.”.

Brad Pitt, who is promoting his new movie ‘Bullet Train’, believes they have made the right choice, stating that “Ana is phenomenal in the role of Marilyn.” Especially considering that “this is a very difficult dress to fill”.

All this comes in the midst of the controversy that has arisen in networks about the Cuban accent of Ana de Armas in ‘Blonde’. With the release of the first trailer there were several criticisms from viewers who still notice the actress’s Cuban accentsomething they say takes them out of character and removes the magic of “really seeing Marilyn.”

However, Pitt is not the only one who has come out in defense of Ana de Armas. The owners of Marilyn Monroe’s estatewhich we can assume are the most authoritative voice on the subject, They also praised the work of the actress:

“Any actress who steps into that role knows she has big shoes to fill. Based on the trailer alone, It seems that Ana was a great casting choice as she captures Marilyn’s glamour, humanity and vulnerability.. We can’t wait to see the movie in its entirety!”

‘Blonde’, based on the novel by Joyce Carol Oateswill be added to the Netflix movie catalog next September 28 after passing through the Venice Festival. Its protagonist Ana de Armas spoke of her character like this:

“We worked on this movie for hours, every day for almost a year,” de Armas told netflix-queue earlier this year about the movie. “I read Joyce’s novel, I studied hundreds of photographs, videos, audio recordings, movies, everything I could get my hands on. Each scene is inspired by an existing photograph. We carefully examined every detail of the photo and discussed what was happening in it. The first question was always: ‘What was Norma Jeane feeling here?‘ We wanted to tell the human side of his story. Fame is what made Marilyn the most visible person in the world, but it also made Norma the most invisible.”.