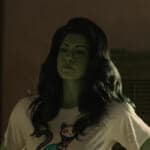 Brie Larson was driving when she had an epiphany about her self-worth. The realization of her led her down a path to creating (along with Culture House) the upcoming Disney+ hybrid docuseries “Growing Up,” which traces the coming-of-age stories and growing pains of 10 fledgling adults.

“I realized that I was living with shame about who I was, and I was noticing how I was presenting myself in the world — either shielding certain parts of myself and living in fear — and I was like, if I’m feeling this way , other people must feel this way,” the actress said during a Disney+ virtual panel at the Television Critics Association summer press tour.

The series—which will premiere Sept. 8 on Disney+ Day — uses narrative, experimental and documentary filmmaking to follow one casted individual, a “hero” ages 18-22, as they tell their story. Representing a wide breadth of lived experiences, each half-hour episode — directed by the likes of Yara Shahidi, Bernardo Ruiz, showrunner Nicole Galovski and Larson — moves audiences through emotionally powerful narratives that explore the diverse social, familial and internal obstacles young people face in their journey toward self-discovery and acceptance. Each installation is anchored by a deeply personal interview, alongside creative cinematic reenactments of pivotal life moments.

“It’s about sharing and, at the same time, it’s about celebrating and recognizing that we [are] way more similar than different. It has set us on this glorious path, meeting so many beautiful, wonderful young people, as well as our incredible directors,” Larson said. “And it has been an absolute delight and hugely transformative to myself, and I think to everybody involved.”

Galovski, who is also an executive producer along with Raeshem Nijhon, Carri Twigg and Larson, explained that she and the “Captain Marvel” star met to discuss the topics and themes they hoped to cover with the series, which led them to scouting through Instagram DMs and local newspapers to find their heroes. After that, the process involved identifying key directors who related to the stars’ stories and who had previously collaborated with the creative team.

Gavin Arneson, a hero whose episode was directed by Ruiz, detailed that the production process began with a “long process of Zoom meetings” where he elaborated on his life story. “It was all virtual…. ‘Tell us about your parents. Tell us about your friends growing up, your support system.’ My experience was very driven by what I wanted to talk about, but also they helped me sort of refine what I to say, what my message wanted to be when this became published,” Arneson said. 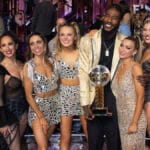 Clare Della Valle and Isabel Lam, whose stories were helmed by Larson, added that the core of the series is “amplifying our stories.” Despite centering on young people, Galovski said that the show is meant to be a “really transformative experience” for parents and children to watch together.

“The coming of age experience is so universal; those things that we experienced for the first time, the confidence that we try to find to just be who we are in the world — that hits everybody,” Galovski said.

Larson added, “I’ve never had an experience where people felt seen and transformed and connected to what it was that they were doing. We were such a little family. And so I remember finishing this going like, ‘Even if no one ever sees this, I feel like there was a lot of healing that happened here, a lot of connecting.’ We’ve realized how much we all had in common. No one can escape the growing up experience — we’re all still growing.”

The panelists also praised the show’s relatability, saying that they hope the show can help people of all ages process and talk about painful life events, bet it grief or anxiety or something else altogether. 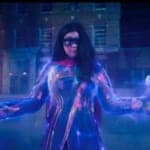