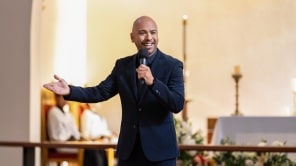 This is it. This is pretty much the end of summer.

Sony is pulling in Bullet Train, the last big tentpole of a summer that has grossed $2.9 billion domestic through the end of July per Comscore, +142% from the same pandemic period a year ago, but off 17% from the May-July summer frame in 2019. July alone clocked $1.1 billion, the first billion dollar-plus grossing month since December 2019. However, after Bullet Train‘s start, get ready for a two-and-half month dry period that’s greatly lacking mass-appealing films, but crowded with adult counter-programming. Worldwide estimates for Bullet Train are at $60M with at least $30M stateside for the Brad Pitt starring, David Leitch directed R-rated 87 North film.

Even though the Rotten Tomatoes’ critics score is low on the film at 58%, the hope is that good word of mouth off the RT audience score will trigger an overindexing here for the feature take of Kōtarō Isaka’s 2010 thriller novel. Bullet Train follows several hitmen aboard a Tohoku Shinkansen Hayate train and also stars Joey King, Aaron Taylor-Johnson, Brian Tyree Henry, Michael Shannon, Bad Bunny, Zazie Beetz, Masi Oka, Andrew Koji, Hiroyuki Sanada and Sandra Bullock. The pic, shot during the pandemic, cost a reported $90M before P&A.

Leitch has played the late summer period before with Focus Features’ Charlize Theron’s Atomic Blonde in 2017 with an $18.2M domestic start as well as the Universal Fast&Furious spin off Hobbs&Shaw which opened to $60M in early August 2019. Atomic Blonde was positioned to arthouses when it opened, and finalized at $51.6M domestic, while Hobbs&Shaw did $174M. Dead Pool 2 remains Leitch’s highest grossing movie as a director both in the US/Canada ($325M) and worldwide ($786M).

Stateside, we hear Bullet Train is solid with guys over 35. The hope is that the dynamic moviegoing 18-34 demographic shows up big. Previews start Thursday at 3PM in 3,600 locations. The pic will be booked at 4,300 theaters, encompassing PLF and Imax auditoriums.

Abroad, adult audiences are back and hungry for something new, which could help Bullet Train lean in, particularly in Europe. Bullet Train is releasing in nearly all overseas markets this weekend, save for some of South East Asia and majors Korea, Italy and Japan which go later in the month. China is undated. The movie arrives today in France and the UK, followed by Australia, Brazil, Germany and Mexico joining Thursday with Spain clocking in on Friday.

Abroad, we do not have exact comps in like-for-likes as yet, but going forward we will consider the Pitt-starrer Once Upon A Time In Hollywood which was similarly an August Sony release (though following a mega Cannes premiere and with the Quentin Tarantino faithful lined up); Sony’s 2017’s BabyDriver and Fox’s original Kingsman. The domestic opening range of two of those movies also comps to Bullet Train, ie Habia una vez… debuted to $41M and 2014’s Kingsman to $36M.

One of the drags here is that the Euro and the dollar are currently essentially at parity. On the upside, some complaints about difficult-to-understand dialogue in English-speaking markets will not be an issue for overseas dubs.

Sony teased the first 20 minutes of Bullet Train at CinemaCon.

Universal has the family PG-13 comedy easter sunday starring stand-up comedian Jo Koy. He plays a guy in the DreamWork movie returning home for an Easter celebration with his riotous, bickering, eating, drinking, laughing, loving family in what is a love letter to his Filipino-American community. Reviews haven’t registered on easter sunday yet but it’s expected to deliver in the mid-single digits this weekend at 3,200 theaters. The pic, which cost before P&A a reported $17M, was directed by Super Troopers Jay Chandrasekhar off a script by Ken Cheng and Kate Angelo.

A24 has the New York and Los Angeles launch of Helina Reijn’s horror comedy Bodysuits Bodysuits in six theaters. The pic made its world premiere at SXSW and is 98% certified fresh. Movie follows a group of rich twentysomethings who play a party game at a friend’s mansion that goes very sideways. Pete Davidson of SNL also stars along with Oscar nominee Maria Bakalova.
The R-rated pic goes wide next weekend.