‘Dancing With the Stars’ Sets September Date on Disney+ 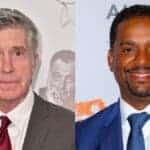 Get your ballroom shoes ready: “Dancing With the Stars” will be back with Season 31 on Sept. 19, premiering at its new Disney+ home. The upcoming installment will be hosted by Tyra Banks, with co-host and former mirrorball champ Alfonso Ribeiro.

The veteran competition series has notably seen several changes in recent years, dating back to 2014 when original showrunner Conrad Green departed. In 2018, he was replaced by Andrew Llinares, who made sweeping changes to the show, including ousting original hosts Tom Bergeron and Erin Andrews in 2020. Their roles were taken over by Banks, who had formerly hosted “America’s Next Top Model.” At the time, ABC said in a statement that the series would embark on a “new creative direction.”

Last month, it was announced that Ribeiro — who previously won the mirrorball trophy in Season 19 — would cohost alongside Banks. “The Fresh Prince of Bel-Air” alum’s appointment was applauded by Bergeron and Andrews, who were both present during Ribeiro’s win.

In April, “DWTS” unexpectedly made a move to Disney+, where it was preemptively renewed for two seasons. It’ll be the first live show to stream on Disney+.

“Dancing with the Stars” pairs celebrities with trained ballroom dancers to compete in themed choreographed dance routines that are judged by a panel of renowned ballroom experts, including Len Goodman, Carrie Ann Inaba, Bruno Tonioli and mirrorball champ Derek Hough. The series is produced by BBC Studios Los Angeles Productions. 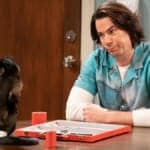