Explained: Why Beyoncé changed the lyrics of her new song, ‘Heated’ just two days after releasing it 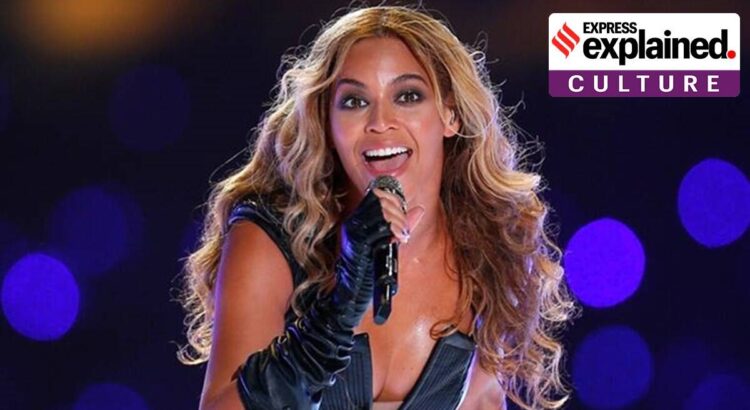 Last week, American singer-songwriter Beyoncé Giselle Knowles-Carter — better known as Beyoncé — dropped her seventh studio album, ‘Renaissance’, one of her most ambitious projects since the success of her last album, Lemonade (2016).

But hours later, she found herself in the middle of a social media backlash for the use of the words “spaz” and “spazzing”.

On Monday (August 1), the artist decided to take the matter of “ableist slur” seriously, and has now announced that the offensive word will be removed.

What is offensive about the lyrics in Beyoncé’s ‘Renaissance’?

In this interesting and impressive record of black music history that spans six decades is the song titled ‘Heated’, Beyoncé’s collaboration with Canadian rapper Drake, and it is here that the words “spaz” and “spazzing” make an appearance amid a bunch of Afro beats with brisk bars and the singer’s fiery vocals.

“Spaz” is used by some people as short for spastic, mainly in the context of medically describing spasms. Spasticity is often present in cerebral palsy and other conditions including multiple sclerosis, where muscle movement cannot be controlled and the afflicted person isn’t aware when the affected areas in her body would wobble and when the stiffness would turn into twitching and pain.

In ‘Heated’, the word has been used as slang, implying a kind of restiveness and hyperactivity. But according to many disability advocates, the issue isn’t in the interpretation, it’s about the casual usage of the word. The disparaging nature was highlighted by many on social media.

Why are ‘spaz’ or ‘spazzing’ considered ableist slurs?

Over a month ago, Hannah Diviney, a writer and disability advocate from Sydney, called out American singer Lizzo, who’d used the word “spaz” in ‘GRRRLS’, a single from her album ‘Special’. Lizzo responded almost immediately, saying that she’d had many hurtful words used against her in the past. She re-recorded the song with a lyric change. “… As an influential artist, I am dedicated to being part of the change I’ve been waiting to see in the world,” said Lizzo in a statement.

After the release of Renaissance, Diviney tweeted again: “Feels like a slap in the face to me, the disabled community & the progress we tried to make with Lizzo. Guess I’ll just keep telling the whole industry to ‘do better’ until ableist slurs disappear from music.” She also wrote an article in The Guardian headlined ‘When Beyoncé dropped the same ableist slur as Lizzo on her new album, my heart sank’.

SW @Beyonce used the word ‘spaz’ in her new song Heated. Feels like a slap in the face to me, the disabled community & the progress we tried to make with Lizzo. Guess I’ll just keep telling the whole industry to ‘do better’ until ableist slurs disappear from music 💔

Beyoncé took note of the issue on Monday and decided to change the lyrics. “The word, not used intentionally in a harmful way, will be replaced,” a statement from Beyoncé’s team said.

Waking up this morning to hear @Beyonce has heard and recognized the disabled community’s call to remove ableist language from her music is an incredible feeling. Where she leads, the music industry follows. Big thank you to Bey + her team from her. I’m so grateful ❤️