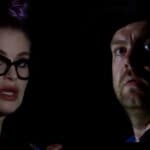 Jack Osbourne, who discovery+ fans are accustomed to seeing hunting for ghosts and, most recently, Bigfoothas taken on a new mission in his latest two-hour special – investigating an infamous paranormal hotspot where UFOs frequent, animal mutilation has been documented and, oh yeah, there’ve been reports of alien abduction.

But what Osbourne ends up seeing – and catching on camera – goes above and beyond his wildest expectations and leaves him saying, “We came here looking for UFOs and ended up finding ‘other things.’”

In “Jack Osbourne’s Night of Terror: UFOs,” the “Portals to Hell” star teams up with a couple of his actor friends, Jason Mewes (“Clerks,” “Jay and Silent Bob Strike Back”) and Jamie Kennedy (“Scream ,” “Son of the Mask”), with the trio heading off to Utah’s Uinta Basin, where the notoriously creepy and mysterious Skinwalker Ranch sits. The area has long been known for its otherworldly – ​​and unexplainable – activity. In recent years, residents of the area have reported seeing strange lights both in the sky and close to the ground, and creatures and shapeshifters manifesting and then disappearing before their eyes.

Joined by UFO expert and former FBI agent, Ben Hansen, the guys embark on an unflinching investigation in an attempt to figure out if all of these phenomena are connected – and why the crazy activity is concentrated in this area.

“I’ve been obsessed with the concept of whether or not we’re alone since I was a kid staring up at the stars,” Osbourne said. “The Uinta Basin has fascinated me for years – it’s a mecca for alien and supernatural activity. People are drawn here for specific things but when you come here looking for it, you often find something you’re not looking for. I’ve never been to any place like this. It’s its own realm.”

While Hansen brings a grounded and thorough understanding and knowledge about UFOs to the table, Mewes and Kennedy bring some comedy relief to what would otherwise be tense, spin-chilling discoveries. Like, Kennedy confessed he was OK if he saw an alien along the way, “as long as it doesn’t mess me up.” 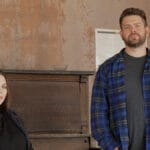 On the second night of their investigation, powerful lightening ripped through the basin, “It’s like something doesn’t want us out here,” Osbourne said. And there was more than a little indication that he was right.

Putting night-vision glasses to his eyes, Osbourne sees something odd trekking very quickly through the dessert, upright like a human – but then it vanished

“I swear to God, I f—ing saw a skinwalker… and we got it on f—ing tape, dude!” he tells his producer, referring to a shapeshifting witch of Navajo legend that morphs into various animals, like wolves or bears.

And the evidence didn’t stop there, leaving them convinced that the area is a supernatural melting pot.

Watch the exclusive teaser at the top. 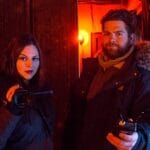