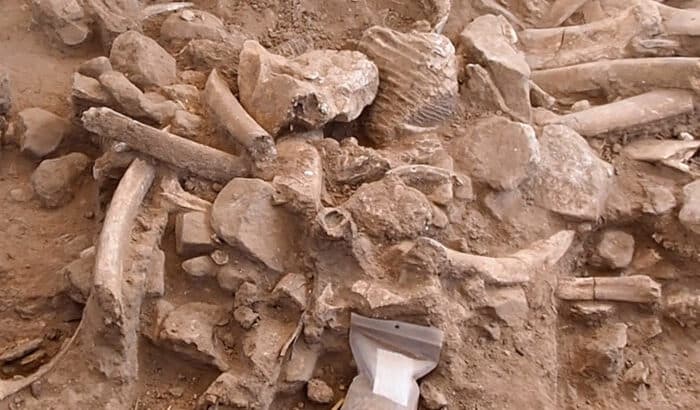 Thanks to mammoth bone find in the backyard of the property by Timothy Rowe, a paleontologist and professor at the UT Jackson School of Geosciences, come to light evidence that humans settled in North America much earlier than commonly believed.

According to Timothy Rowe, owner of the place does not usually investigate mammoths or humans. He got involved because the bones turned up in his backyard, literally.

Rowe says a neighbor saw a worn tusk on the side of a hill on his property in New Mexico in 2013.

When the paleontologist went to investigate, found a crushed mammoth skull and other bones that looked deliberately broken, like a butcher shop. But the presumed early human sites are shrouded in uncertainty. It can be notoriously difficult to determine what was shaped by nature compared to human hands.

Later, in a recent study led by scientists at the University of Texas at Austin found that the site offers some of the most conclusive evidence that humans settled in North America much earlier than conventionally thought.

Is about a mother mammoth and her calf who met their end at the hands of humans, about 37,000 years ago.

Bones found at the slaughter site record how humans fashioned pieces of their long bones into disposable blades to break down their carcasses and burn their fat.

The University of Texas at Austin highlights in its communication that a key detail distinguishes this site from others of this era. It’s in New Mexico, where most archaeological evidence doesn’t place humans until tens of thousands of years later..

See also  'Who is Anna?': the real story of Anna Delvey and where is she now 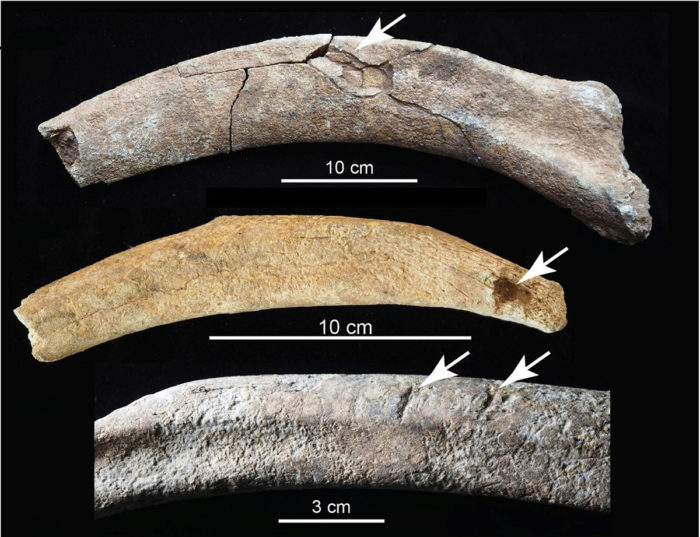 researchers revealed a wealth of evidence that is rarely found in one place.

All this it was possible to know thanks to carbon dating analysis in collagen extracted from mammoth bones. The place it has a stated age of 36,250 to 38,900 years, making it one of the oldest known sites left by ancient humans in North America.

“What we have is amazing,” said paleontologist Timothy Rowe, who joined the University of Texas at Austin and is the lead author of the paper “It’s not a charismatic site with a beautiful skeleton on its side. It’s all busted. But that’s the story.”. 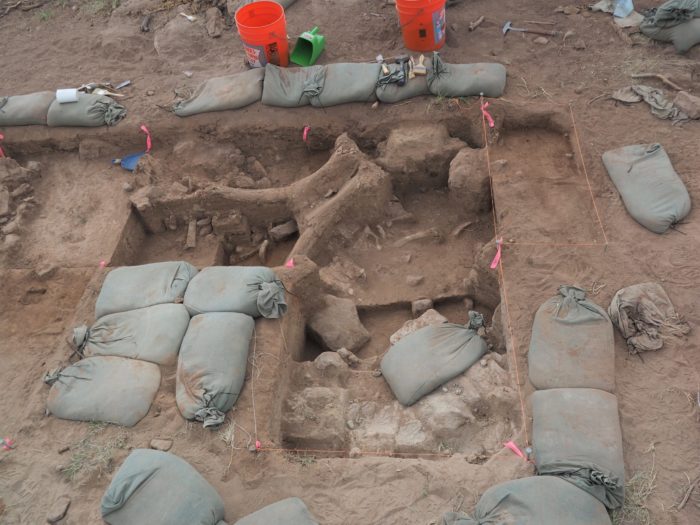 As Timothy Rowe puts it, “it’s all busted” the uncertainty has already led to a debate in the anthropological community about when humans first arrived in North America. The Clovis culture, dating back 16,000 years, left behind elaborate carved stone tools. But at older sites where stone tools are absent, the evidence becomes more subjective, said retired Texas State University professor Mike Collins, who was not involved in this article and supervised research at Gault, a well-known site. Archaeological site near Austin with abundant Clovis and pre-Clovis artifacts.

Though the gigantic site lacks clearly associated stone toolsRowe and their coauthors uncovered a variety of supporting evidence by subjecting samples from the site to analysis scientists in the laboratory.

Among other findings, CT scans taken by the University of Texas High-Resolution X-Ray Computed Tomography Facility revealed flakes of bone with networks of microscopic fractures similar to those of freshly cut cow bones and well-placed puncture wounds that would have helped drain fat from ribs and vertebral bones.

“There are really only a couple of efficient ways to skin a cat, so to speak,” Rowe said. “The killing patterns are quite characteristic”added the researcher.

Also, chemical analysis of the sediment that surrounded the bones showed that the fire particles came from a sustained, controlled burn, not from lightning or a wildfire.

The material also contained pulverized bones and burned remains of small animals, mostly fish (although the site is more than 200 feet above the nearest river), but also birds, rodents, and lizards.

Based on genetic evidence from indigenous populations in South and Central America and artifacts from other archaeological sites, some scientists have proposed that North America had at least two founding populations: Clovis and a pre-Clovis society with a different genetic lineage. 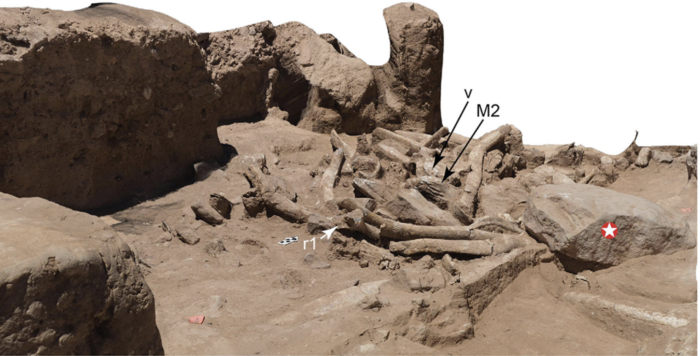 The researchers suggest that the New Mexico site, with its age and bone tools rather than elaborate stone technology, may support this theory. Collins said the study adds to a growing body of evidence for pre-Clovis societies in North America while providing a set of tools that can help others find evidence that might otherwise have been missed.

“Tim has done an excellent and thorough job that represents cutting-edge research,” said Collins. “He is forging a path that others can learn from and follow.”

Co-authors include Jackson School professor Richard Ketcham and research scientists Romy Hanna and Matthew Colbert, as well as scientists from the Gault School of Archaeological Research, the University of Michigan, Aarhus University, and Stafford Research.

The research was funded by the Jackson School, the National Science Foundation, and the WJJ Gordon Foundation.