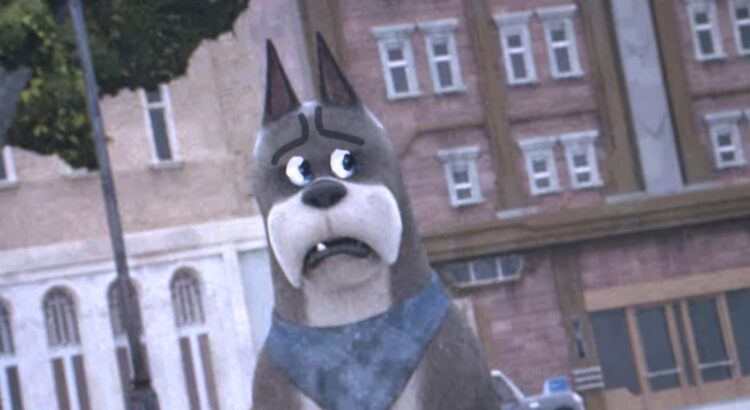 Animators at a Vancouver studio helped bring Superman and his canine friend to life in a new animated film that has earned top spot at the box office.

DC League of Super-Petswhich opened in theaters on Friday, was produced by Animal Logic, an animation studio headquartered in Sydney, Australia, with offices in Los Angeles and downtown Vancouver.

The movie, which features the voices of Dwayne (The Rock) Johnson, Kevin Hart, Kate McKinnon, and John Krasinski, centers on Krypto the Super-Dog developing his powers while working together with a group of rescue animals to help save Superman. The superhero spinoff earned $23 million US, according to studio estimates Sunday, enough to top the box office.

Dave Burgess, animation supervisor at Animal Logic’s Vancouver studio, said they worked hard to give the computer-generated animation the look and feel of a comic book.

On The Coast7:17Hire Calling: Animation in Vancouver

Vancouver is becoming a hotspot for animators. This week’s “Hire Calling” series goes behind the scenes of a local animation studio to see what’s involved and how the industry is growing. Story producer Caroline Chan visits animation studio Animal Logic.

Burgess says being an animator is sometimes described as being an actor, but with a pencil or computer mouse.

Burgess said animators also have to think about how things move. super-pets features animals, including a dog, pig and squirrel, which all have different motion patterns.

Inside the Vancouver animation studio behind DC League of Super-Pets

Animators at a Vancouver studio helped bring to life the new movie DC League of Super-Pets, featuring the voices of Dwayne (The Rock) Johnson and Kevin Hart. CBC took a behind-the-scenes look into the animation studio.

“We know how those things move in the real world, so for the animator we have to take that information and we have to know it and be able to apply it to our character performance … If you make a mistake with a dog walking, in animation, I think an audience knows enough about dogs to go, ‘That looks funny. That doesn’t look like a dog.'”

More than 380 staff in Vancouver worked on the film. Animal Logic’s Vancouver team also worked on The Lego Movie 2: The Second Part.

Animation as a career path

Like so many other industries, finding workers can prove to be a challenge.

“I think our job ads will always be up for every single role because there’s always a need and we always want to be building out those teams,” Taylor said.

Burgess said aspiring animators have plenty of options for training, including art colleges, film schools, and schools specially for animation.

When he was young, he said, he never thought of animation as a career path.

“There’s no way that I could have told my parents I wanted to be an animator and they would have gone, ‘Gee, Dave, that’s great. What a great idea.’ Because it didn’t exist.”

That, he says, is changing as animation has grown in popularity.

“People who grow up with animation, watching these films, they get inspired and they want to do that too,” he said. “And it seems like it’s not a closed door and people are aware of it. So I do know people that have told their parents they want to be animators and the parents said, ‘Oh, OK.'”

Co-created by Canadian artist Joe Shuster, the famed Man of Steel makes his first appearance in comic racks across the nation.