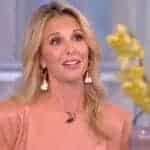 “Morning Joe” hosts Joe Scarborough, Mika Brzezinski and Willie Geist dove right in Wednesday morning to discuss the vote in Kansas rejecting an amendment that would restrict abortion across the state.

In a landslide vote on the so-called “Value Them Both Amendment,” which would remove the right to abortion from the state’s constitution, the traditionally pro-life, right-leaning Kansas electorate drew a line in the sand. Scarborough noted that high-profile abortion cases like that of the 10-year-old rape victim and “the Texas Attorney General fighting for the right to let mothers die on the operating table” bolstered awareness that “this is the Republican party 2022” – and that many conservative voters don’t want to align themselves with it.

“Kansas voters, even people who are pro-life said, ‘No. We’re not going in that radical, freakish direction,’” Scarborough said.

“Even in a pro-life state, even in a Republican state that hasn’t elected a Democratic president in 50 years, they are repulsed by the radicalism of this new Republican party,” the co-host added, claiming that the 41% to 59% margin of those for and against the amendment was, simply, “a tsunami.”

Tuesday’s vote marked the first time the issue of abortion access had been on the ballot since the Supreme Court overturned Roe v. Wade in June. In the lead-up, polls showed Kansas split but ultimately in favor of the bill by a few-point margin, but the results show a basis that they may be willing to stand with women’s rights, even while personally being pro-life.

“Voters’ decision to just say no to Republican legislators deciding the future of decisions that are made by their wives, by their daughters, by their loved ones – it’s astounding,” Scarborough said.

As the only woman on the “Morning Joe” hosting panel, Brzezinski emphasized that she saw the results in Kansas as a potential litmus test for how a lot of the nation’s right-leaning constituents will be feeling going into November’s midterm elections.

Watch the full segment in the video above. 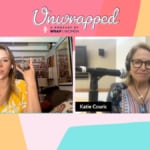