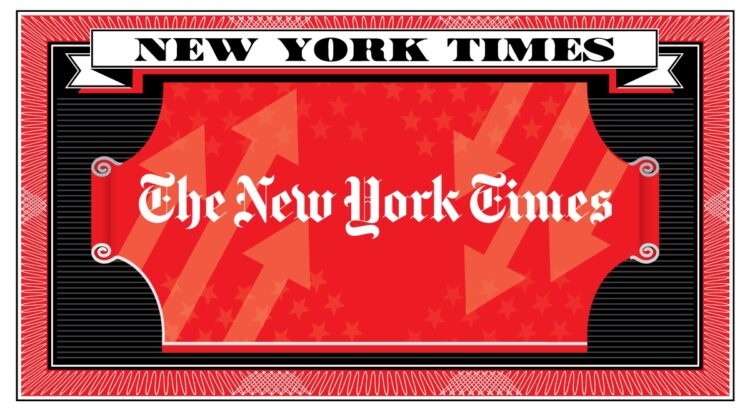 The New York Times Company said its digital-only subscriptions leaped 36% in the second quarter, offsetting a nearly 7% decline in print subscriptions over the past year, but digital advertising revenue slipped 2.4%.

The company reported adjusted earnings of 24 cents per share, soundly topping the average 19 cents per share that analysts were expecting, according to Yahoo Finance. Total revenue for the second quarter rose 11.5% to $555.7 million, from $498.5 million in the 2021 second quarter.

But digital advertising revenue fell 2.4% to $69.3 million, though it was up 3.4% from the first quarter. The drop was offset by a 15% spike in print advertising revenue, to $48.1 million. Subscription gains were all on the digital side.

A bright spot in the results was the 26% gain in multiproduct digital subscribers, or those who sign up for The Athletic, games, cooking and Wirecutter products in addition to the digital news product. The higher revenue could not make up for a 19.6% jump in operating costs, however, and operating profit slid 29.5% to $51.7 million. Adjusted operating profit fell 18% to $76.2 million.

“Our second quarter results demonstrate that we are making palpable progress on our strategy of becoming the essential subscription for every English-speaking person seeking to understand and engage with the world,” President and CEO Meredith Kopit Levien said in a statement. “With continued strength in converting new subscribers, a long runway of audience still to be penetrated, and an increasingly valuable product portfolio including a breadth of new offerings in games and The Athletic, we are well on our way to achieving our next mile marker of 15 million subscribers by 2027.”