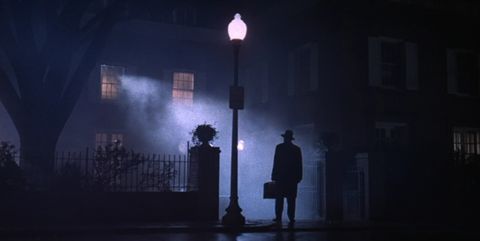 After the success of the new ‘Halloween’ trilogy (which will close this October with ‘Halloween Ends’), Blumhouse and Universal are already preparing the reboot of another classic horror movie franchise: ‘The Exorcist’.

We are getting closer to your 50th anniversary and, even so, ‘The Exorcist’ (William Friedkin, 1973) remains one of the scariest movies ever. Jason Blum, the king Midas of current terror thanks to his production company Blumhouse, has seen the opportunity to take advantage of this anniversary and Pazuzu seems to be ready to come back.

The reboot of ‘The Exorcist’ is planned as a new trilogy that will serve as a direct continuation of the original by William Friedkin, without taking into account the multiple sequels already released. A method that has worked quite well with the ‘Halloween’ saga and that they will try to repeat successfully and with the same director, David Gordon Green.

Let’s remember that we had a somewhat weak second part, ‘Exorcist 2: The Heretic’ (John Boorman, 1977)and that the third installment, ‘The Exorcist III’ (William Peter Blatty, 1990), is becoming a cult film over the years. Then came the terrible 2000s and their agenda of prequels with ‘The Exorcist: The Beginning’ (Renny Harlin, 2004) Y ‘The exorcist: The beginning. The forbidden version (Paul Schrader, 2005), two versions of the same film due to a confrontation between the producers and the director Paul Schrader.

‘The Exorcist’ became a series between 2016 and 2018 from the hand of 20th Century Fox, but it did not have more than 20 chapters and did not have a great impact. And we can’t fail to mention the 1990 comedy ‘Repossessed’, one of the best parodies with Linda Blair herself and Leslie Nielsen as protagonists.

Universal will take advantage of the Halloween window that has worked so well for them with ‘Halloween Night’, ‘Halloween Kills’ and ‘Halloween Ends’.

‘The Exorcist’ will celebrate its 50th anniversary by premiering its reboot on October 13, which curiously is also a Friday the 13th.

At the moment we do not know details of the plot, but what is certain is that one (or more) demonic entity will possess the body of one of the protagonists and one (or more) priests will have to perform an exorcism to save the soul of the victim.

That we will have heads spinning, pine bridges, green vomitholy water, crucifixes and levitations, nor listed.

The million dollar question is: Will we see the girl from ‘The Exorcist’ again? What happened to Linda Blair? At the moment, the only original cast member who has confirmed his return is Ellen Burstyn, who will reprise her role as Chris McNeil.

Max Von Sydow (Father Merrin) passed away a couple of years agoat 90 years of age, and neither are they among us anymore Jason Miller (Father Karras), deceased in 2001, nor Lee J. Cobb (Lieutenant Kinderman).

The first new face that has been associated with the new trilogy is that of Leslie Odom Jr., world-renowned for his performance in Lin Manuel Miranda’s musical ‘Hamilton’. Odom Jr. will also have a lead role in the upcoming movie ‘Slashers in the Back 2’.

Aunt Lydia Clements from ‘The Handmaid’s Tale’‘ has been the last to join the cast of the reboot of ‘The Exorcist’ that Blumhouse is preparing for Universal. Ann Dowd has been nominated for an Emmy three times. for her role in the HBO Max series and went on to win the award for Best Supporting Actress in a Drama Series in 2017. Dowd already worked with David Gordon Green in ‘Crisis Experts’ (2015) and the filmmaker was the producer of ‘Compliance’, the 2012 film that relaunched the actress’s career. Dowd is no stranger to horror, having been in movies like ‘Hereditary’.

‘The Exorcist’ reboot, Images and Trailer

At the moment we do not have any official image or trailer for the new ‘The Exorcist’ movie. We will update as soon as they come out.

admin
See also  What to Expect from All American Season 4