‘Stranger Things’ fails to take the record from ‘The Squid Game’ 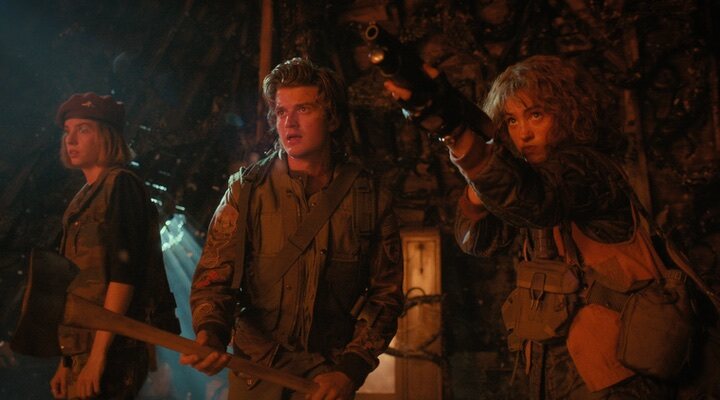 The fourth season of ‘Stranger Things’ has been a resounding success for Netflix. We can measure it in the success of the songs that have played (tell Kate Bush), in the way they have colonized the conversation of the first months of summer, and in the first viewing data published by the streaming platform , that They endangered the record of ‘The Squid Game’ as the most successful series in the Netflix catalog.

However, finally the Korean series will continue its reign. The company has disclosed that the fourth season of the Duffer brothers series has managed to accumulate 1.4 billion hours in its first 28 days, which is the scale chosen by Netflix to measure the success of a series. This figure has taken into account the first 28 days of volume 1 and the first 28 of volume 2.

Although it is a spectacular fact (and impossible to contrast beyond what Netflix itself says), ‘The Squid Game’ managed to add 1.7 billion hours in its first 28 days available. ‘Stranger Things’ is less than 300 million hours short of the current champion, but it is clear that the word of mouth that the series created by Hwang Dong-hyuk had was overwhelming, and with fewer chapters than the fourth season of ‘Stranger Things’. Of course, the record that they cannot take away is that of the most popular series in English on the platform, since it is a long way from the 656 million hours of the second season of ‘The Bridgertons’, the next in this ranking .

See also  The Holiday: Where to Watch and Stream in 2022

The scripts for the fifth season are already underway

Netflix is ​​going to have a hard time finding a phenomenon of the characteristics of ‘The Squid Game’ again, but it still has a season of ‘Stranger Things’ left to try. The writers of the series have announced on Twitter that they are already writing the scripts for the fifth and final season.. Matt and Ross Duffer say that the last twenty minutes of the series are very clear, now you just have to outline the rest of the footage.

The fifth season does not yet have a release date.. The Duffers are also working on a spin-off, which we don’t know anything about yet, as well as a theatrical adaptation of the show’s universe.