The largest concentration of whales ever documented in Galicia 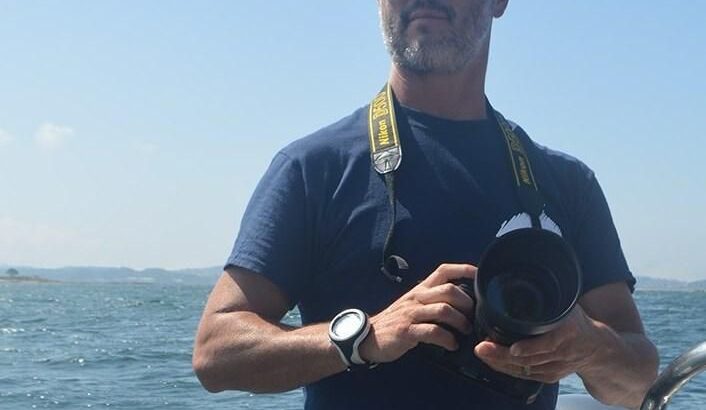 It is becoming common for large cetaceans to visit the Galician coast every summer. The arrival of blue whales, killer whales, sharks of different families, dolphins, porpoises and many other species has become the pleasant news of each summer season.

But now they are no longer news for the simple fact of being seen feeding on Galicia, more and more frequently, but also because the groups of diners they form seem larger with each passing day.

Hence they begin to be detected important and surprising aggregations of animals that account for the abundance of food and, consequently, the wealth that the waters of the Rías Baixas contain.

This is confirmed by the Institute for the Study of Bottlenose Dolphins (BDRI), the research center that in recent years has been able to make the most progress in monitoring cetaceans thanks to the “Balaenatur” project, financed by the Government of Spain and directed , for example, to study the presence of blue whales in Galicia and their exposure to climate change.

In this study and research center, which has its base port in O Grove and to which dozens of students from different parts of the world join each year, they confirmed yesterday the presence of 53 common whales and one blue whale feeding in the same area, a place not far from the coast in front of the Vigo, Pontevedra and Arousa estuaries.

Those 54 whales “mark a new record of different specimens present in a day”they assure in the BDRI, whose members have also been able to document the various aggregations formed, some of which “came to reach the twenty specimens in very small areas”.

Hence Bruno Díaz López, the doctor in Ecology from the University of Bordeaux who directs the BDRI, do not hesitate to ensure that it is “a concentration of whales unprecedented in previous years”, showing their wishes that it be one more proof “of the recovery of these species in our waters”.

And everything seems to indicate that this is the case, hence this new and important sighting occurs just five days after the BDRI itself located two blue whale specimens off the coast of the Rías Baixas, thus confirming that the largest animal on the planet has recovered the Galician coast on their migratory routes in search of food.

Those two blue whales, it should be remembered, were not alone, but accompanied them at their banquet in the “restaurant” of the Rías Baixas a group of fifteen fin whalesso it was “a very important and hopeful aggregation with which to start the sighting season”, explained the BDRI.

What happened yesterday confirms the interest of cetaceans in these waters, especially when they exceed aggregations as important as those documented last fall.

Both what happened then and the latest whale sightings will be studied in April 2023 during the European Congress of Marine Mammals, promoted by the European Cetacean Society (ECS).

As FARO DE VIGO advanced, a media outlet of the Prensa Ibérica group to which this newspaper also belongs, at the time, it will be held in O Grovewhere the headquarters of Bottlenose Dolphin Research Institute (BDRI), Directed by Bruno Díaz López.

He is the great architect of this achievement, since he presented a ambitious candidacy that the members of the jury in charge of designating the annual venues of the congress could not resist.

Is about an international appointment of enormous scientific repercussion who also charges a undoubted tourist valuewhenever you can gather more than a thousand people from all over Europe, the United States and Australia.

FARO DE VIGO had already announced on May 8 that the congress could end in the autonomous community next year. And on the 22nd, the dean confirmed that the possibilities did not stop increasing, since some candidacy, as is the case of Azores, decided to support Bruno Díaz’s proposal.

A few days later, the researcher himself and the local mayor, Jose Cacabelos Rico, confirmed that O Grove had gotten away with it and did not hide their entire satisfaction, convinced that “It is a huge opportunity” for this Arousan town “and all of Galicia”.

Bruno Díaz added that “all institutions, and even private companies, can and should put their shoulders to the wheel, since we are facing an event of enormous prestige and international projection”.

Such is his conviction that he goes so far as to say that “bring the European Congress of Marine Mammals to O Grove It’s like getting the Champions League final for the field of Celta Vigo”.

When asked why O Grove, he replies that the proposal presented “was really irresistibleand this was confirmed by the heads of the European Cetacean Society”

In addition, “they like the idea of ​​being able to work in the Atlantic after having spent the last congresses in Israel, Barcelona and other parts of the Mediterranean”, details the director of the BDRI and member of the Cetacean Specialist Group (CSG) of the Species Survival Commission, belonging to the International Union for Conservation of Nature (IUCN).

Another reason why O Grove was chosen is that the BDRI has important international contacts, and that scientific support for this congress has come from practically all over the world.

Likewise, Bruno Díaz has enormous experience for two decades in the study of marine mammals, both in Galicia and in the Mediterranean and the United Arab Emirates.

Without forgetting that it collaborated in the last two years with the Government of Spain, through the “Balaenatur” program, and that it is, together with its collaborators, author of numerous works of scientific interest highlighted at the international level.