‘The Veil’: This is the new series by Elisabeth Moss 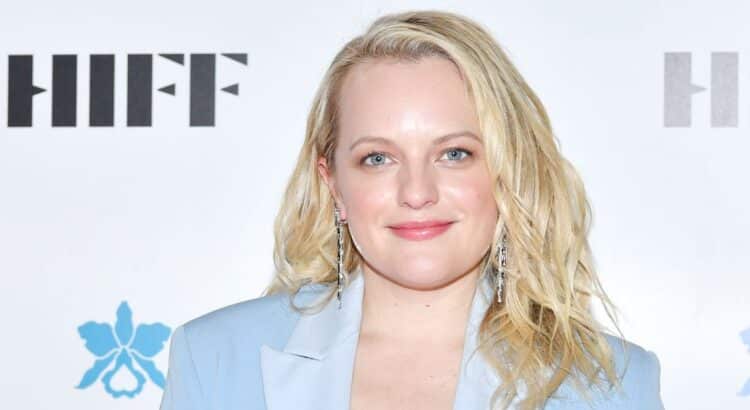 There are (among many others) 10 things you didn’t know about Elizabeth Moss, and this August one more is added to this list. And it is that the American actress and producer has reached an agreement for the production of a new series with the platform video-on-demand Hulu(‘The maid’s tale’) and with the collaboration of the channel fx (“American Horror Story”).

Moss, who is already among the prestigious faces on the international scene, winner of two Emmy Awards and with numerous projects behind her back, will star in the thriller ‘The Veil‘. In addition, she will be one of the executive producers of this mini series, along with Steven Knight, creator of ‘Peaky Blinders‘.

Nick Grad, President of Programming at FX said, “We are very excited to continue our collaboration with Steven Knight on ‘The Veil,’ and equally excited to have Elisabeth Moss in the title role. Steven’s scripts are riveting and will certainly showcase Elisabeth’s exceptional talent.”

‘The Veil’ will focus on the tense relationship between two women who, (following what was described by the logline of the series) “will play a game of truth and lies on their journey from Istanbul to Paris and London. One of the women has a secret, the other will have the mission to discover it before thousands of lives are lost.

Knight (also responsible for the adaptation of Charles Dickens’s ‘A Christmas Carol’ and FX’s ‘Great Expectations’) is carrying out the writing process for the series and is working as executive producer alongside Denise Di Novi and Nina Tassler, from PatMa Productions and Moss and Lindsay McManus, via Live & Squalor Pictures. Also FX Productions is involved in this project.

For his part, Knight commented: “I am really excited to be telling this story, which is truly international and very contemporary. We’ve brought together some of the most talented people in the industry. Working with Denise Di Novi is always a pleasure, and I have wanted to work with Elisabeth Moss for a long time. And of course the FX team who are old friends. I think this is going to be a major event in the television landscape.”

Elisabeth Moss also continues to play June Osborne in ‘The Handmaid’s Tale 5’, which will be released on September 14 in the US and, we hope, shortly after on HBO Max. Also, she recently starred in ‘Shining Girls’ for Apple TV+; she will star in and produce ‘she She Will Rise,’ a film based on the memoir of former US Congresswoman Katie Hill; and she will soon start filming ‘Francis and The Godfather’, with Oscar Isaac and Jake Gyllenhaal and in which she will play Eleanor Coppola.