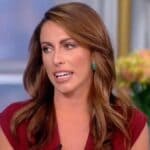 “The View” co-host Sunny Hostin has inked a multi-year deal to stay with the daytime talk show, TheWrap has learned.

Hostin currently co-hosts alongside Whoopi Goldberg, Joy Behar and Sara Haines. All four of them are returning for Season 26, and Hostin’s deal will keep her with the show through Season 28.

Season 25 of “The View” concludes on Friday. On Thursday, the show is expected to name CNN political commentator and former Trump White House staffer Alyssa Farah Griffin as a new co-host for the upcoming season, filling a seat that has been vacant since Meghan McCain exited the show a year ago.

Prior to her time on “The View” and CNN, Farah Griffin served as press secretary for Vice President Mike Pence and Special Assistant to Trump from October 2017 to September 2019. In 2019, she became the Press Secretary for the United States Department of Defense , which she worked as until 2020. Farah Griffin also served as Trump’s Director of Strategic Communications.

Griffin, who resigned from her position with the Trump administration in 2020, will solidify a conservative voice on an otherwise fairly progressive panel. Season 26 will presumably tackle midterm elections, and the women are known for their heated political debates.

Hostin joined the table in 2016, when she also became a legal correspondent and analyst for ABC News. During her tenure on “The View,” Hostin has also provided a legal perspective on a range of topics, which most recently has included many a discussion on Donald Trump’s legal woes. 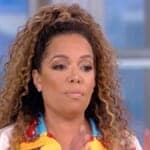