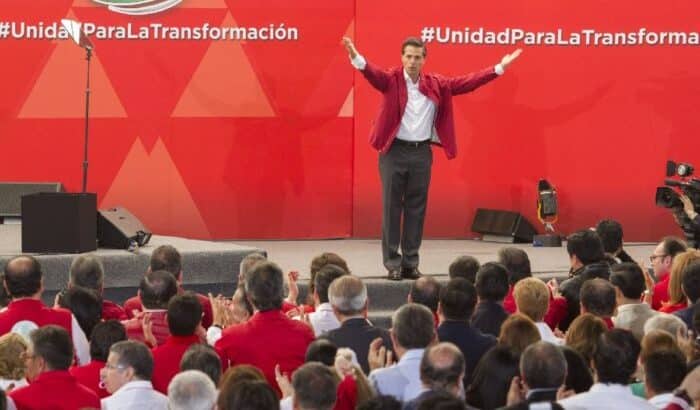 Enrique Pena Nieto reported owning nine properties -4 houses, 4 lots and an apartment- during the entire time he was president of Mexico. From the start of his campaign, in April 2012, and until he left the presidency, on November 30, 2018, the politician never made changes to his wealth statement. Today, the former Mexican president is being investigated by the Attorney General’s Office (FGR) forr patrimonial crimes, money laundering and illicit enrichment.

In recent weeks the daily The country announced that since 2020 former President Enrique Peña Nieto has legally settled in Spain, where he obtained the so-called “golden visa”, which is given to foreigners who intend to invest a large sum in Spain, as the former president did when acquiring a commercial premises in the neighborhood of Almagro, belonging to the district of Chamberí, a neighborhood with a high economic level in Madrid, with a value of more than half a million euros.

Enrique Peña Nieto was born on July 20, 1966 in Atlacomulco, State of Mexico, one of the main bastions of the PRI at the national level.

In that municipality, his statement reports a terrain of 58 thousand 657 square meters that was donated to him by his mother in December 2011when he had no public office, since he had already left the governorship of the State of Mexico and was barely a candidate for the presidency of the Republic. The land is rustic, “cultivable”, and is located in the Bombatevi ejido.

The house, meanwhile, has an area of ​​338 square meters and it was also donated to him by his mother, on the same date as the Atlacomulco land.

In the capital of the State of Mexico, the former president of Mexico reported having a house of 150 meters of surface and construction.

According to the statement, the house became his property in 2011 and corresponds to a donation from his mother.

in the exclusive Gran Reserva Golf Resort & Country Club, in Ixtapan de la Sal, State of Mexico, Peña Nieto has a residence of 2 thousand 138 square meters, which includes a pool. According to his statement, the house was purchased in 2005, when he was governor.

The house originally belonged to the San Román family, who later won a service contract for the controversial Bicentennial viaduct built by OHL in alliance with the government of the State of Mexico. According to the FGR statement dated August 2, one of the cases against the former president “includes various complaints in which the company OHL is involved, both in crimes of an electoral nature, such as patrimonial. In this investigation, advances will allow prosecutions in the coming months.” 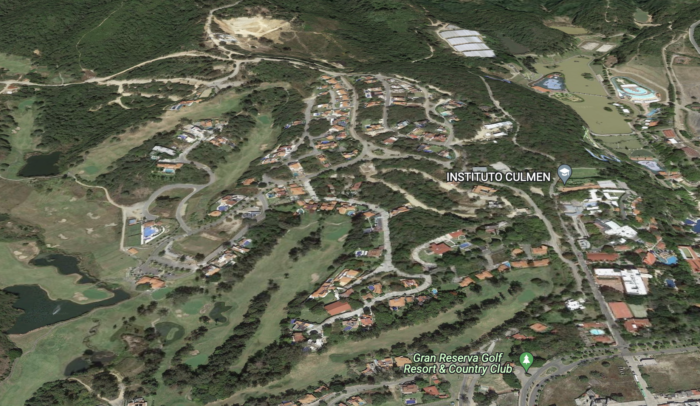 Peña Nieto’s closeness to the San Román family escalated to a compadrazgo under the laws of the Catholic Church: Roberto San Roman Dunne, son of San Román Widerkehr, became godfather of the first communion of Paulina Peña Pretelini, the eldest daughter of the now President. 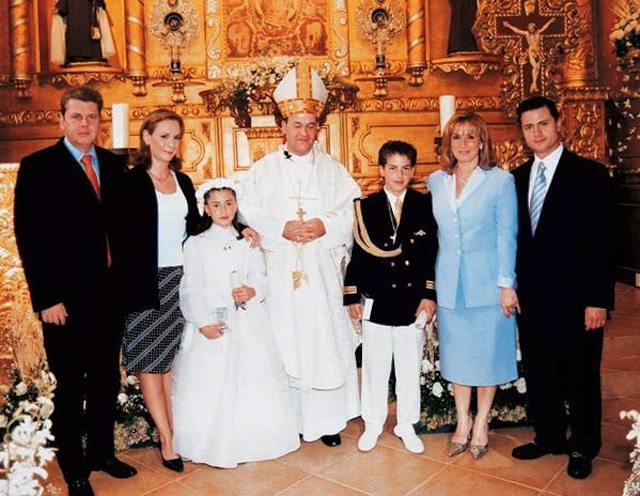 The Peña Pretelini with the San Román family. Photo: courtesy Who magazine.

The former president is also owner of an apartment in the exclusive residential Mayan Island, in Punta Diamante, in Acapulco, Warrior. The property was left to him after his first wife, Monica Pretelini, died in January 2007, when he was governor.

The apartment has an area of ​​211 square meters. 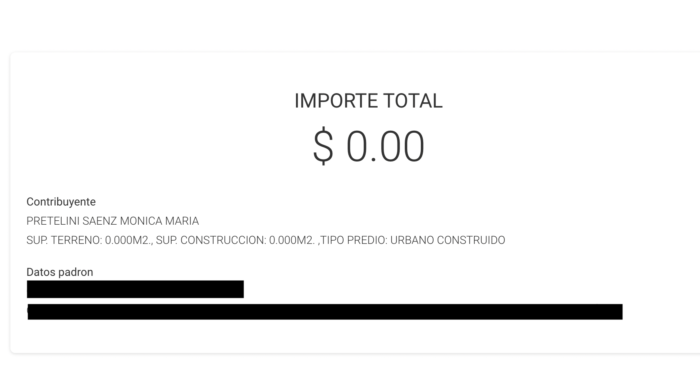 Property account in Acapulco of the department that belonged to EPN’s ex-wife.

Metepec: a piece of land and an apartment

“In relation to the 560-square-meter property, the purchase-sale contract and the deed were signed by my parents in exercise of the corresponding parental authority, by virtue of the fact that in 1982, the date of the operation, I was a minor… ”, noted the exmandatario in his patrimonial declaration.

In these two municipalities, Peña Nieto has two plotsbut these were donated to him by his father.

The property located in Acambay has 24 thousand square meters and it is a rustic land, used for crops. It was donated to him by his father in March 1989.

While in Valle de Bravo, one of the main tourist destinations in the State of Mexico, the former president has a thousand square meters of land that was donated to him by his father in January 1988, when he was just about to turn 22.

See also  Sister Wives: Why Christine Brown Is The Fan Favorite Wife (And Why She Isn't)

Final declaration of assets of EPN. He had no changes during his administration.

Throughout his patrimonial declaration, Peña Nieto added some annotations to contextualize the origin of his properties. For example, regarding the donations of land from Acambay and Valle de Bravo, he pointed out that his father donated it to him during his lifetime.

“The price was paid by my father, Eng. Enrique Peña del Mazo, who determined that the properties remain in my name, which is why they are manifested as a donation,” the statement says.

While the land and the house in Atlacomulco, as well as the land in Metepec and the house in Toluca, first his mother received them as universal heir when the president’s father died and, later, she donated them to him.

“The (properties) referred to my mother, are those that she carries out in her capacity as universal heiress of the different assets that she received from my father’s succession,” she noted.