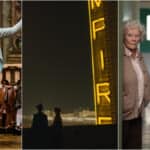 All 10 films will be making their world premiere at TIFF and include titles from Canada, Iran, France, Switzerland, Brazil and India. Previous films that have debuted in the Platform section include Barry Jenkins’ Best Picture Oscar winner “Moonlight,” Darius Marder’s Best Picture–nominated “Sound of Metal” and Armando Iannucci’s “The Death of Stalin.”

Along with “Emily,” other titles include “How to Blow Up a Pipeline,” an environmental thriller from Daniel Goldhaber that shares its name with Andreas Malm 2020 book, which calls for climate activists to target fossil fuel infrastructure. Also on the list is the French drama “Hawa,” Maimouna Doucoure’s follow-up to her 2020 film “Cuties,” which prompted a global backlash for its depiction of underage girls performing sexualized dance routines after it was released on Netflix

“We launched Platform to shine a brighter light on some of the most original films and distinct voices at our Festival,” said Cameron Bailey, TIFF CEO, in a statement. “Now in year seven, it’s become a true home for international auteurs on the rise.”

“Eclectic in vision, this year’s selection not only represents all World Premieres of exciting, on-the-rise voices from around the world, but it also reflects the very timely and unique perspectives of racialized filmmakers from diasporic communities broadening the canvas,” added Chief Programming Officer Anita Lee. 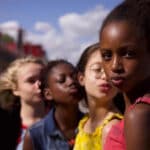 See also  Star Trek: How the Voyager Crew Got Home

“How to Blow Up a Pipeline” — Daniel Goldhaber | USES 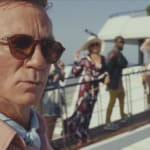