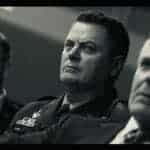 With McQuarrie — who made his “Mission” directing debut on 2015’s “Rogue Nation” — writing and directing the next two sequels, he appeared on Light the Fuse alongside Cruise to tease the upcoming films and talk about the franchise. And when asked what comes next after “Mission: Impossible – Dead Reckoning, Part Two” (set for release in the summer of 2024), McQuarrie said he didn’t know, exactly. But there is a new project that McQuarrie and Cruise have started talking about, to be co-written by McQuarrie’s partner Erik Jendresen (who is working on the new “Mission: Impossible” films). “It’s all the same to me, we’re all in every time,” McQuarrie said. “If it works, then we get to make another one.”

But what is this new project?

“It’s kind of under wraps,” McQuarrie demurred. “It has neither a fuse nor a fuselage. Oh that’s not true. It does have some fuselages. It’s something we’ve talked about for a really long time. It’s way outside of what you’re used to seeing Tom do. It’s the kind of stuff I really love. It’s a little bit more in my wheelhouse. And yet it takes everything we’ve learned on this journey, which is making movies more and more about emotion and real emotional experiences. That’s what you’re feeling when you’re watching ‘Top Gun’ – it’s me and Tom squeezing your adrenals for every emotion. Now we’re applying that to something that is gnarlier.”

See also  Goodfellas: How Young Henry's First Arrest May Have Been A Mob Setup

This new project, mysterious as it might be, will be somewhat reminiscent of the previous projects the two have worked on together, even if it pushes Cruise and McQuarrie into new territory.

“Look, if it comes out, you will see the ghosts of so many of the movies that I have done or Tom has done or we have done together,” McQuarrie said. “You’ll feel elements of all of that, not through any intention, but somewhat coincidentally. Everything we do, we look at, ‘Oh we could have done that better.’ This is pushing everything through another prism.” 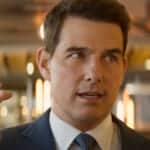