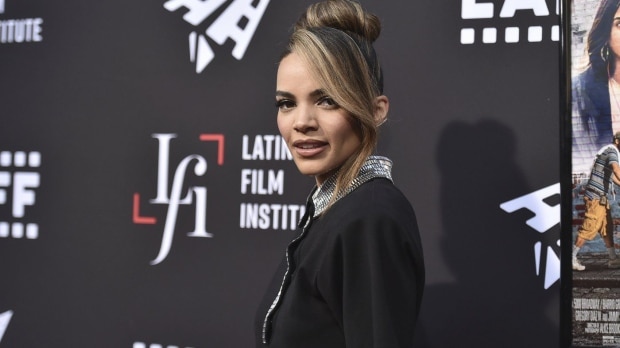 NEW YORK (AP) – In a highly unusual move that rattled Hollywood, Warner Bros. axed the “Batgirl” film planned for HBO Max, opting to shelve the $90 million film as the reorganized studio revamps its approach to streaming and DC Comics films.

The studio ultimately decided the nearly completed “Batgirl” didn’t merit either a streaming debut or a theatrical release. Warner Bros. instead is choosing to entirely write off the film starring “In the Heights” star Leslie Grace as Batgirl and co-starring Michael Keaton (returning as Batman), JK Simmons and Brendan Fraser. It was directed by Adil El Arbi and Bilall Fallah. Production wrapped in April.

Warner Bros.’ decision, one without any obvious parallel in recent Hollywood history, sent shockwaves through the industry. When a movie doesn’t meet a studio’s expectations, it’s typically sold off or dumped quietly with little fanfare. “Batgirl,” greenlit before WarnerMedia’s merger with Discovery Inc., will instead simply not see the light of day.

“The decision to not release Batgirl reflects our leadership’s strategic shift as it relates to the DC universe and HBO Max,” a Warner Bros. spokesperson said in a statement, adding that Grace is “an incredibly talented actor and this decision is not a reflection of her performance.”

The filmmakers learned of the studio’s decision shortly before the story broke late Tuesday. An early cut of “Batgirl” had recently undergone one test screening. And while its scores weren’t good, poor test results haven’t been infrequent for Warner Bros.′ DC releases nor has post-production drama. Zack Snyder’s “Justice League” was recut and reshot by Joss Whedon before a fan campaign led to the eventual HBO Max release of an edit by Snyder. The badly received 2016 “Suicide Squad” was followed by James Gunn’s similarly titled 2021 relaunch “The Suicide Squad.”

“We are saddened and shocked by the news. We still can’t believe it,” El Arbi and Fallah said in a statement Wednesday. “As directors, it is critical that our work be shown to audiences, and while the film was far from finished, we wish that fans all over the world would have had the opportunity to see and embrace the final film themselves. Maybe one day they will insha’Allah (if God wills).”

The directors signed their statement, posted on Instagram, “Batgirl For Life.”

Under new Warner Bros. Discovery chief executive David Zaslav, Warner Bros. is shifting its strategy on film releases and trimming costs. Under previous chief executive Jason Kilar and partly as a pandemic response, the studio implemented day-and-date releases in 2021, opening films simultaneously in theaters and on HBO Max. Other films, like “Batgirl,” were produced solely for HBO Max.

This year, Warner Bros. has returned to exclusive theatrical windows for at least 45 days before sending movies to HBO Max. While “Batgirl” isn’t as pricey as many superhero films, which typically cost $150-200 million to make, it’s a bigger budget movie for an HBO Max title. Zaslav has maintained larger budgeted movies are best served by a theatrical rollout. But marketing a movie like “Batgirl” for that kind of release would require tens of millions more. Warner Bros. Discovery is set to report second-quarter earnings Thursday.

Warner Bros. also shed “Scoob!: Holiday Haunt,” an almost-completed sequel to 2020’s “Scoob!” Producer and writer Tony Cervone confirmed wrote in an Instagram post that “the movie is practically finished and turned out beautifully. I am beyond heartbroken.”

The “Batgirl” cancellation comes as Warner Bros. is trying to revamp its DC Films operations. While “The Batman” earlier this year performed well with $770.8 million in ticket sales, Warners’ DC releases have been erratic and plagued by controversy. “The Flash,” scheduled for release next June, stars Ezra Miller who has been arrested twice this year in Hawaii, in a disorderly conduct case and on suspicion of assault.

Warner Bros. is hoping to reorganize and reset its DC pipeline — going bigger, not smaller with its rival Marvel. The more modestly scaled, streaming-only “Batgirl” didn’t suit those plans.