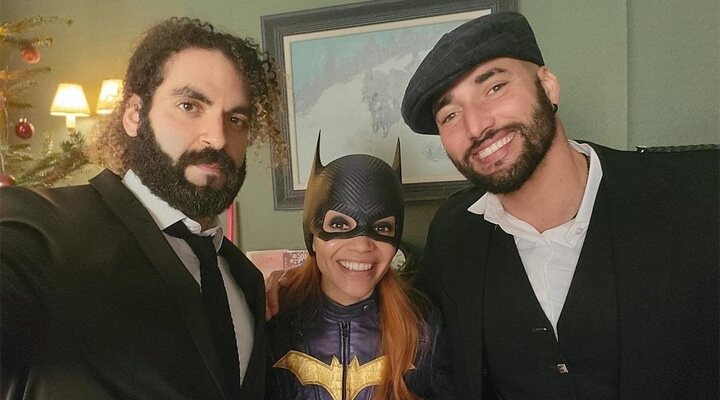 The ‘Batgirl’ movie, starring Leslie Grace (‘In a New York Neighborhood’) in the role of Barbara Gordon and with Michael Keaton again as Batman, has been canceled by Warner Bros. in a surprising decision that leaves the film without the possibility of a theatrical release or HBO Max, even though it is almost finished.

The film, directed by Adil El Arbi and Bilall Fallah, responsible for ‘Bad Boys For Life’ and ‘Ms. Marvel’, It was already in the post-production phase, having finished filming months ago, and had even had its first test passes.but the study has decided to completely cancel the project, as revealed exclusively The New York Post on Tuesday, August 2.

In addition to the DC movie, Warner has also “filed” the sequel to ‘Scooby!’, titled ‘Scoob!: Holiday Haunt’, which like ‘Batgirl’, was going to be released directly on HBO Max. Supposedly, the decision to cancel both premieres it would not be due to quality issues, but to the regime change at Warner Bros. Discovery, which intends to refocus the company back towards cinema.

As pointed out Variety in an in-depth report on the subject, ‘Batgirl’ was made under a different direction, with Jason Kilar and Ann Sarnoff at the helm of the studio, who focused primarily on the development of HBO Max. Kilar was responsible for the controversial decision to hybrid theatrical and streaming release that helped boost subscriptions for the service, but alienated a number of filmmakers from the company.

Following the creation this year of Warner Bros. Discovery through the merger of WarnerMedia and Discovery, Inc., David Zaslav took the reins of the company, reversing Kilar’s strategy to focus on theatrical once again.. This has left ‘Batgirl’ in no man’s land: for the new Warner leadership, the film was not big enough to be released in theaters, nor was it small enough to be worth the investment. To release it in theaters, Warner would have to spend an additional $30-40 million, which would be added to the original budget of 70 million, a figure that rose to 90 million after adding costs derived from the pandemic.

According to Variety sources, Warner’s plan is to include ‘Batgirl’ and the sequel to ‘Scooby!’ as a tax deduction attributed to the change of strategy after the merger, to try to recover the investment. Nevertheless, This would mean that neither of them could be monetized, and therefore, be released in any medium or be sold to third parties.. Internally, this decision is considered the most solid from a financial point of view, despite the fact that it means canceling two projects that were almost finished.

Hours after the surprising news, Warner Bros. released an official statement confirming that the cancellations are due to policy changes at the company: “The decision not to release ‘Batgirl’ is due to the change in strategy of our leadership in relation to the DC Universe and HBO Max. Leslie Grace is an incredibly talented actress and this decision is not a reflection of her work. We feel incredibly grateful to the directors of ‘Batgirl’ and ‘Scoob! Holiday Haunt’, as well as their respective casts, and we look forward to collaborating with all of them again in the near future.”.

What will happen to ‘The Flash’

The cancellation of ‘Batgirl’ has led to speculation once again about the future of the DC Universe. It is striking that ‘Blue Beetle’, starring Xolo Maridueña, is not among the cancellations, despite being less advanced than ‘Batgirl’ and also going straight to HBO Max. And the same goes for the ‘Black Canary’ movie with Jurnee Smollett-Bell reprising his ‘Birds of Prey’ role. It remains to be seen if Warner finds a place for them in the future of the DC Universe or they will end up suffering the same fate as ‘Batgirl’.

The other big unknown is what will happen to ‘The Flash’, which is scheduled to be released in theaters in the summer of 2023 and also has the participation of Keaton as Batman. In recent months, the project has been affected by the continued controversy surrounding its protagonist, Ezra Miller, but for now, the studio has not announced anything regarding the film, which is supposedly still on the calendar. Recent rumors indicated that, despite the controversy, Warner was still committed to releasing ‘The Flash’ in theaters, even if it did not have Miller again in the future. Warner’s decision to refocus its DC Universe on blockbuster-scale projects for theaters would support The Flash’s theatrical release, but with Warner and DC, nothing is certain..