Alien and Predator Movies Ranked From Worst to Best 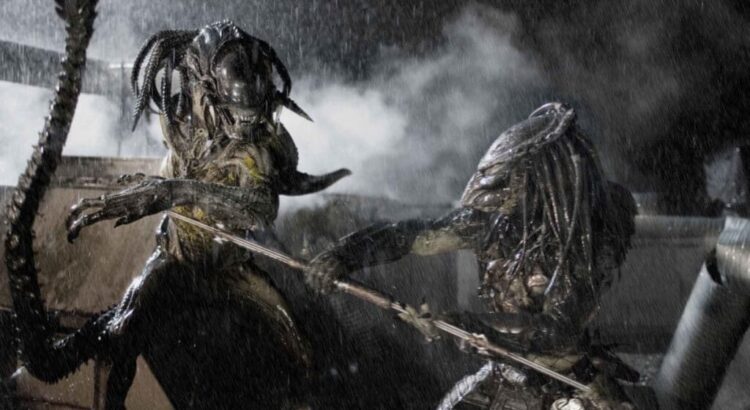 No two horror movie villains ever seemed more ideally suited for one another than the Predator and the Alien, the cinema’s greatest hunter and cinema’s deadliest beast.

Created by very different filmmakers in totally different decades, the idea that these two creatures co-existed stems from a blink-and-you’ll-miss-it Easter egg in “Predator 2,” which briefly showed the head of the iconic Alien inside of a Predator’s trophy case. In the years to come they would share top billing in comic books, video games and eventually a couple of movies, to the extent that the two franchises now feel indelibly linked, even when new installations of each monster’s movie makes no mention of the other.

Let’s take a look at both series, together, to see how the films stack up individually and as a unit.

Lots of poorly made movies are hard to watch, but “Aliens vs. Predator: Requiem” is legitimately hard to see. Set immediately after the first “AVP,” this film about an Alien-Predator hybrid wreaking havoc in small-town America has a lot of thick monster effects, but you can’t make them out because the lighting is too dark. So instead of appreciating all the nasty, gory special effects — there’s one kill at a hospital that’s easily the most disturbing image in the combined history of the franchises — we’re stuck listening to poorly developed characters and their forgettable subplots until they die in shadows so thick they may as well have been off-camera.

Shane Black, who co-starred in the original “Predator,” reunited with his “The Monster Squad” collaborator Fred Dekker for a film with a solid pedigree, an exciting cast and lousy ideas. We learn more about the Predators than ever before, but it turns out the real reason they came to Earth is completely ridiculous, and the film’s approach to mental health (most of the characters are soldiers diagnosed with serious issues) is completely reductive and insulting. Great actors like Sterling K. Brown, Trevante Rhodes and Keegan-Michael Key, to name a few, are wasted in a film that sacrifices everything else for the sake of poorly developed world-building.

The follow-up to Ridley Scott’s “Prometheus” somehow completely forgets to be a follow-up to “Prometheus,” resolving all the dangling threads from the previous movie in a quick flashback — even though that resolution seems extremely interesting — and instead focusing on a new crew of victims who make terrible decisions while they search for extraterrestrials to murder them. “Covenant” is fantastically photographed by Scott’s frequent DP Dariusz Wolski, and Michael Fassbender does creepy double-duty, playing both a monstrous artificial person playing Dr. Moreau on a remote planet and a kindly version of the same android model, each becoming fascinated by the other. But the half-hearted story and forgettable characters bring down the whole enterprise.

Sigourney Weaver’s final “Alien” movie (so far, at least) transforms Ellen Ripley into a half-human, half-alien superclone who kicks ass, flirts with everything and plays a mean game of basketball. Director Jean-Pierre Jeunet’s whole movie is utter chaos, with bizarre ideas, weirdly sensual imagery and more translucent gloop than any other movie before or since. Despite the tonal disarray and half-formed screenplay, however, it’s just odd enough to be interesting, and some of the set pieces and performances are, if not sensitive, at least amusing to watch.

In “Alien vs. Predator,” the aging head of the Weyland Corporation assembles an expert team to investigate a mysterious ancient structure containing evidence of aliens who interfered with human history, only to unleash monsters that kill them all. In the hands of director Paul WS Anderson, that story yields a ridiculous but reasonably entertaining monster movie where the plot makes no sense, the mythology makes no sense, and the characters make no sense, but at least the fights are cool.

In “Prometheus,” the aging head of the Weyland Corporation assembles an expert team to investigate a mysterious ancient structure containing evidence of aliens who interfered with human history, only to unleash monsters that kill them all. In the hands of director Ridley Scott, that story yields a ridiculous but reasonably entertaining monster movie where the plot makes no sense, the mythology makes no sense, and the characters make no sense, but at least the production design is cool.

See also  Payment of a flat is an invisible crime because it is not reported: Mexico Evalúa | Video

The first sequel to “Predator” sends the title monster into the onetime near-future of 1997, where he’s hunting violent gang members across the city and tracked by a hardened cop (played by Danny Glover) who’s in over his head. If you don’t go searching for subtext, you won’t be disappointed: Director Stephen Hopkins’ film is uncomplicated but highly efficient, with exciting action, cool monster effects and some memorable supporting performances from Bill Paxton, Gary Busey and Morton Downey Jr .

A group of badasses from all over the world are dropped, literally, onto an alien wildlife preserve where they are hunted by (what else?) a group of Predators. Nimród Antal knows how to direct a thrilling action sequence, and there are many, but the star-studded cast deserved a bit better than a script full of stock stereotypes. Adrien Brody, Alice Braga, Walton Goggins, Topher Grace, Danny Trejo and Oscar-winner Mahershala Ali don’t have much to work with, but Laurence Fishburne sure seems to be having fun as a survivor who’s clearly been alone on an alien planet too length

David Fincher’s first feature film may have disappointed fans who wanted bigger and wilder action after “Aliens,” but once you accept “Alien 3” for what it is — a bitter, melancholy, vicious film about death and despair — it’s easy to appreciate what a bold move in the opposite direction it was. Once again Ellen Ripley has lost everything, only now she’s trapped on a planet full of hostile convicts, with a monster inside her for good measure. It’s incredible to think that a big-budget sequel to a blockbuster epic could ever be this intimate and acidic.

Dan Trachtenberg’s gloriously epic prequel to the original “Predator” stars Amber Midthunder as a Comanche woman eager to take on a rite of passage by hunting a creature that’s hunting her. Enter, naturally, the Predator. Satisfyingly stripped down, rife with character and exciting violence, “Prey” understands what the “Predator” franchise is all about, delivering incredible action inside of a thoughtfully subversive genre film. It’s almost as good as the original, and that’s really saying something.

The first “Predator” stars Arnold Schwarzenegger as the leader of musclebound commandos on a rescue mission in the jungle, only for those seemingly unstoppable tough guys to be eviscerated, mentally and physically, by an even tougher guy from outer space. John McTiernan’s intensely satisfying and impeccably crafted sci-fi–horror-action hybrid manages to satirize brainless blockbuster movies while delivering all the same macho thrills it’s criticalizing. Everything about the original “Predator” works, and works more smartly than most of its contemporaries.

James Cameron’s bigger, brawnier sequel to the original “Alien” rewrites the entire playbook, keeping the basic rules of the central monster while transforming a claustrophobic working-class horror thriller into an epic outer-space war saga about cocky Colonial Marines getting their asses handed to them by creatures they cannot possibly understand. At the center of it all is Ellen Ripley, in a role that earned Sigourney Weaver an Oscar nomination, grappling with her traumatic past while building a strange new family to protect her with every tool at her disposal. “Aliens” expands on the original organically, adding new elements that make sense and coding new action-movie tropes that would be ripped off for decades. It’s one of the ultimate movie sequels.

Ridley Scott’s “Alien,” on the other hand, is one of the ultimate movies. Crafted with uncanny precision, this eerily plausible account of a blue-collar spaceship running afoul of inconceivably strange yet realistically crafted space monsters delivers sheer terror in the void of space. The characters are distinct and believable, the plot is simple but rich, the themes are complex and valuable. “Alien” is more than a great horror story, or a superlative sci-fi tale. It’s one of those rare films that gave the world new images and new ideas, blowing our minds but never resting on their laurels. It earns its shocks and innovations with spectacular filmmaking in every department. There are quite a few entertaining “Alien” and “Predator” movies, and a couple of genuinely great ones — but there’s only one “Alien.”