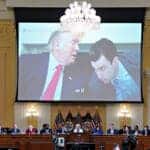 In the battle for cable news viewership, MSNBC has pulled ahead of CNN for the 18th consecutive month in terms of total views, but CNN continues to better capture the key 25-54 demographic.

MSNBC came in second overall among the cable channels during both primetime and total day for the month of July. The network posted an average of 1.3 million total viewers during primetime, but only mustered about 765,000 total average viewers for total day, according to Nielsen data.

That’s compared to the 731,000 total viewers that CNN averaged during primetime (which brought it to eighth among the cable channels). In total day, CNN was fourth overall with an average of 541,000 total viewers.

Despite lower total viewership, CNN is still faring better than MSNBC among the key news demo — though neither channel is doing particularly well. CNN came on 14th in the demo during primetime for the month of July, averaging 159,000 viewers. In total day, CNN could only net 110,000 average demo viewers (11th overall).

It should come as no surprise that Fox News Channel beat both MSNBC and CNN, once again dominating cable news as the most-watched network for the month of July both among the key demo and in total viewership. 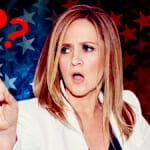 An average of 2.1 million people tuned in to FNC during primetime, and it was the only cable channel to crack the seven-figure mark in total-day viewership with an average of 1.4 million eyeballs. Among the key demo, FNC averaged 292,000 total viewers during primetime and 194,000 in total day.

In terms of weekday programming, “Tucker Carlson Tonight” dominated the demo with an average of 482,000 total viewers. “The Five” remains the most popular cable show overall with 3.2 million average viewers (barely edging out Carlson’s 3.1 million for the top spot).

Only one non-FNC show cracked the Top 16 spots among cable channels in the key demo. That was “The Rachel Maddow Show,” which was No. 8 with 230,000 average demo viewers (and 2.4 million overall). 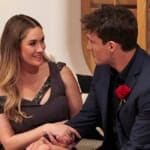