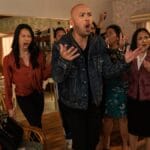 Inside the corny chaos of the going-back-home lark “Easter Sunday,” starring comedian Jo Koy, is the point that families are messy. Of course, one doesn’t need to belong to a big Filipino clan like the movie’s onscreen Valencias to grasp that, and it’s almost quaint how that message is articulated for us at the end as some fresh bit of wisdom when, since scene one, relatives in various states of bickering aggravation (father-son, ex-ex, sister-sister, cousin-cousin) have been the comedy’s go-to note.

A more lasting takeaway from “Easter Sunday” about what’s messy you have to do with vehicles for stand-ups trying to break into movies. Koy, who’s been packing arenas for years with his rabbity energy and humorous windows into family eccentricities and Filipino culture, seemed as natural a fit as any to get some of his act’s lasting characters into a movie. Steven Spielberg certainly thought so; after seeing one of Koy’s specials, he helped secure him a deal at Amblin for what would become “Easter Sunday” (which has a screenplay by Ken Cheng and Kate Angelo), the rare Hollywood film boasting a heavily Filipino-American cast.

Somewhere along the way, however, Koy’s dynamic way with a funny story and insights into Filipino identity got lost in the demands of a movie, which requires merging that solo performance craft with narrative, dialogue, acting, other people’s acting, pacing, etc. Hints of Koy’s stage charm burst through occasionally in “Easter Sunday” — mostly because he’s also playing a comedian trying to hit the big time, so stand-up-like bits are built in (or crammed in) — but as directed by Jay Chandrasekhar (“Super Troopers”), who also has a small role as an agent, this feature opportunity is a woefully run-of-the-mill, laugh-challenged attempt to translate Koy’s comedy to the big screen.

For one thing, it doesn’t trust that a set-up — in which ambitious LA club comic Joe (Koy) is juggling the Hollywood audition of his life with being an available dad to his struggling teenage boy (Brandon Wardell) and dutiful son to demanding mom Susan (Lydia Gaston), who wants him back home in Daly City for Easter — is enough conflict for a movie’s worth of family folly.

See also  Alfonso Sánchez and Alberto López ('The world is yours'): "What cinema gives you, nothing else does"

Adding to the nerviness of Joe’s trip up north is a recurring feud between Susan and her sister, Joe’s equally hardheaded Tita Teresa (a snarling Tia Carrere), and the fact that Joe is teased for both a showbiz lifestyle he doesn’t have yet ( his claim to fame so far is a beer commercial) and for having left his community behind to pursue it. 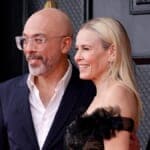 But while there’s believable guilt to be mined for comedy in Joe’s sweet, attentive cousin Eugene (Eugene Cordero, “Loki”), who has been lonely Susan’s surrogate son, that area of ​​emotion-laced humor is always subsumed by a nonsensical, dominating action plot involving stolen Manny Pacquiao gloves, a mall-based fence (Jimmy O. Yang, “Love Hard”), and money owed to a gangster (Asif Ali, “WandaVision”). Though it provides an excuse for amusing drop-ins by Tiffany Haddish (as a cop ex-girlfriend of Joe’s) and Filipino-American star Lou Diamond Phillips (as himself), the ginned-up endangerment is a flat time-waster when you’ d rather see Joe squirming over family dynamics, not cartoon criminals.

Koy himself seems trapped trying to make his nervous comedic vigor work as character and shtick, but such are the pitfalls of turning one’s stand-up persona into multiplex fodder. Even the signposts of Filipino cultural life proudly depicted — the food Susan makes, a halo-halo mall date between Junior and local girl Tala (Eva Noblezada, “Luck”), the family assembling the provisions/gift parcel called a balikbayan box for overseas loved ones — beg to be more than just representational shout-outs in an otherwise broadly generalized fractured-family tale. 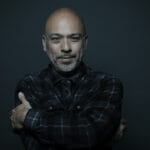 What’s fascinating about “Easter Sunday,” however, is that it may present as a movie, but its showbiz heart knows where Koy may truly belong instead of sweating out a slapdash feature beneath his talents: connecting to audiences on a weekly sitcom, where you can have a dopey story one week, but maybe something more deeply funny the next. Sitcoms are where Joe Valencia wants to be — a wacky-neighbor role is what he’s up for — and what Koy himself has been looking to do.

The fact that Joe craves the series job but holds out against doing the exaggerated Filipino accent the producers demand is the most meaningful running concern in “Easter Sunday”: It gets what’s hopeful and painful about making it in entertainment when you’re seen only one way. If only the movie itself weren’t also an example of that wrong kind of compromise.