Everything we know about the new ‘Garfield’ by Chris Pratt and Samuel L. Jackson 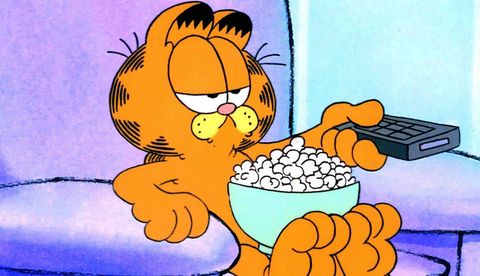 After that in 2004 Bill Murray received a million for giving voice to the most famous lasagna-loving feline in the world, soon we will have a new reboot of ‘garfield’.

This time it will be Chris Pratt who is behind the character, and the film will be completely animated. Samuel L Jackson He has also recently joined the cast, voicing Garfield’s father, Vic.

In the director’s chair we will find Mark Dindalresponsible for ‘Chicken Little’, and the screenwriter of ‘Finding Nemo’ David Reynolds He was in charge of writing the libretto.

Columbia Pictures has set the release date for the new ‘Garfield’ movie for on February 16, 2024.

At the moment the plot is unknown, although we can expect a family comedy for all audiences, with comedy and adventures, and with Garfield and Odie the dog as awkward traveling companions. And there will be lasagna. Lots of lasagna.

The project has already more than 3 years in development, but the latest announcements confirming the cast make us think that production will begin shortly. Currently there is no projected release date.

Garfield is an iconic character, and the orange cat and his companions currently hold the honor of being the most distributed comic strip in the world. Created by Jim Davisthe series made its debut in June 1978. Since then, Garfield and company have starred three TV shows and two feature films (‘Garfield: The Movie’ and ‘Garfield 2’), in addition to the shorts starring the character currently airing on Nickelodeon.

Chris Pratt will be the voice of the absolute protagonist of the film, Garfieldcontinuing a career as a voice actor that includes titles such as ‘The Lego Movie’, ‘Onward’ and the upcoming animated adaptation of ‘Super Mario Bros‘. Pratt has this 2022 the premieres of two blockbusters such as ‘Jurassic World: Dominion’ and ‘Thor: Love and Thunder’, and is shooting ‘Guardians of the Galaxy: Volume 3’.

The other actor confirmed for the project is Samuel L Jackson, who will play Garfield’s father, Vic. Jackson is also a major asset to Marvel’s MCU, playing Nick Fury, and is currently working on the upcoming Disney+ series ‘Secret Invasion‘. The actor has also previously participated in the dubbing of animated characters in films such as ‘The Incredibles’ or ‘Turbo’, and ‘Paws of Fury: The Legend of Hank’ is yet to be released.

There are no images available of the new ‘Garfield’ reboot yet.

There is no trailer available for the new ‘Garfield’ reboot yet.

admin
See also  X-Men: What the Apocalypse Era Could Have Been Without Xavier or Magneto