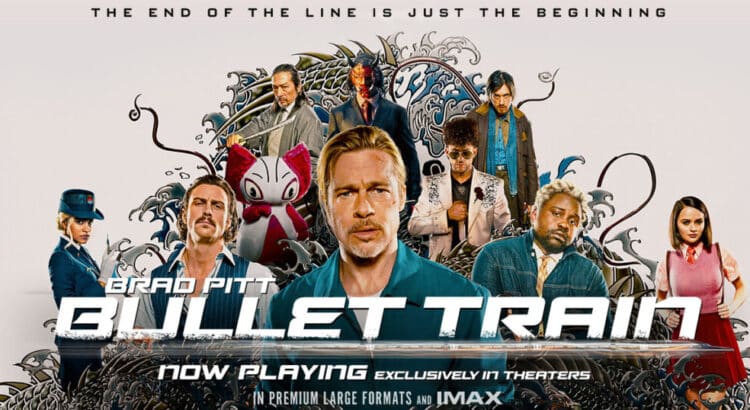 A train rushing through Japan at speeds in excess of 200 mph. A mysterious briefcase. Characters with colorful names like “the Wolf,”

“Lemon” and “the Hornet.” Put them all together and you get a rapid-fire, action packed adventure.

Moving at a pace almost faster than the title implies, “Bullet Train” is a mashup of genre’s that can best be described as Guy Ritchie meets “Kill Bill.”

The plot revolves around the much desired briefcase and the people who are sent to protect it versus the people who are sent to steal it. Pitt is one of the thieves, a man with a lot of talent when it comes to killing, but also a lot of issues. He is in close contact with his handler, Maria (no spoiler here, sorry), whose soothing voice and sound advice keeps him in a mellow mindset. 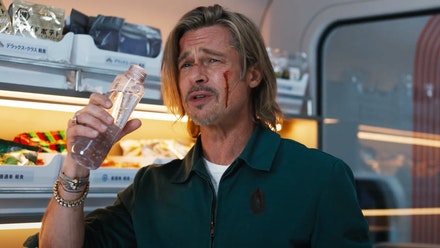 The other main characters are Lemon (Brian Tyree Henry) and his “brother,” Tangerine (an un-recognizable Aaron-Taylor Johnson. Yes, the guy who played Kick Ass and John Lennon). They spend the majority of their trip dealing with all of the issues that come with trying to protect your boss’ son – and when your boss is known as “White Death” you need to be on your “A” game – and keeping a who’s who of baddies from taking your prized briefcase.

The action is pretty much non-stop, with occasional moments of laugh-out-loud humor. Whether it’s a brutal fight to the death in a designated “QUIET” car – loud noises quickly draw a “shush” from

an elderly passenger – or having to shoot your way around and oversized Anime’ character, the situations are preposterously absurd but amazing to watch unfold.

The cast seems to be having fun with their characters, only going over the top when the situation calls for it. Otherwise things are handled with a deadly seriousness that should be afforded by anyone dealing with someone known as “White Death.”

The film is beautifully photographed and the musical score helps set whatever mood is needed at any particular time. This is definitely the “Train” to catch this weekend.