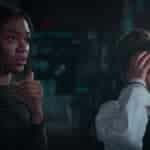 Following the unceremonious cancellation of “First Kill” on Netflix after just one season, series showrunner Felicia D. Henderson is speaking out. For her de ella, a big piece of the puzzle was the marketing muscle Netflix put behind it – or lack thereof.

According to Henderson, the streamer informed her over the phone that the reason for canceling the series was that “the completion rate wasn’t high enough.” Fans were left heartbroken and angry, citing the fact that “First Kill” actually did pull strong viewing numbers in its first two weeks on the streamer. Numerous comparisons were drawn between the teen vampire drama and the similarly queer teen–themed “Heartstopper,” which saw lower numbers in viewing, but was given a two-season renewal by Netflix.

Similar to “Heartstopper,” which is a love story following two young men, “First Kill” centered on a young lesbian relationship. And, according to Henderson, Netflix didn’t highlight much of the show beyond that aspect.

“The art for the initial marketing was beautiful,” Henderson told TheDailyBeast. “I think I expected that to be the beginning and that the other equally compelling and important elements of the show – monsters vs. monster hunters, the battle between two powerful matriarchs, etc. – would eventually be promoted, and that didn’t happen.”

The showrunner added that those other elements were a big factor in why she signed onto the series in the first place.

“The other reason I so enthusiastically signed on to this show is that it has something for everyone – strong women leads; supernatural intrigue; an epic, Shakespearean battle between warring families and a prominently featured Black family in the genre space, something Black viewers crave and a general audience needs to be treated to,” she added.

Of course, it all comes down to numbers in the end, but Henderson said she was “very hopeful” in that aspect too, because “the show is kick-ass and we were in the top five globally and domestically for three of the first four weeks.”

You can stream all eight episodes of “First Kill” on Netflix now. 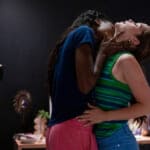