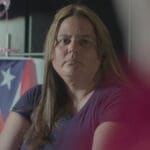 Fox Weather correspondent Nicole Valdes returned to Puerto Rico for a new Fox Nation special reflecting on the devastation caused by Hurricane Maria five years ago, and how people have rebuilt since that tragic category 5 storm.

In an exclusive clip from the special, “Fox Weather Reports: Ruin and Resurrection: The Fury of Hurricane Maria,” which you can watch below, Valdes, a Puerto Rico native, shares her personal connection to the survivors of the storm, including an interview with her uncle.

The hour-long special, which streams on Fox Nation, sees Valdes, who grew up on the island, taking a deeper look into the rebuilding efforts over the last five years.

“Puerto Rico is in my blood. It’s where I was born, where my family tree is rooted. It’s my culture, my history. Being a part of that community for so many years has always been a gift in my eyes. However, being from there also means having a much deeper understanding of its unique challenges – especially when it comes to natural disasters,” Valdes said in a statement to TheWrap. “My family has faced countless hurricanes and felt the impacts and the consequences left in their wake each time. Growing up, it was almost normal to see them prepare for the worst and spend weeks or months cleaning up. At times, we’ve lost communication with them. We’ve worried whether the next storm would be worse than those before it. The feeling of uncertainty, knowing the quality of life for Puerto Ricans is vastly different than most cities within the continental US leaves many families fearful for the lives of their loved ones. It’s like their lives were constantly put on hold – frozen – by yet another threat from Mother Nature.”

For the special Valdes spoke to Puerto Ricans, who looked back on the life-changing incident.

“I learned that despite the time that’s passed, Hurricane Maria still defines the lives of thousands of people on the island, and I am so thankful for the chance to share some of those stories with the world,” she said.

Valdes said going to Puerto Rico was a “heartbreaking and fulfilling experience.”

“My hope with this special was to truly allow viewers to feel transported to the island in order to see and hear and feel a part of the everyday lives of the Puerto Ricans we met,” she said in her statement. “Seeing the state of the island is in nearly five years since Hurricane Maria was painful. In some areas, damaged homes and buildings have been left abandoned, and now sit as a reminder of that destructive, deadly storm. The scars are far from healed. However, seeing the heart of Puerto Ricans made our return and this story about much more than the loss and heartbreak that occurred. It proved that despite seemingly insurmountable odds, Puerto Ricans, like many Americans, will always come together to [lift] their communities through each and every disaster they face.” 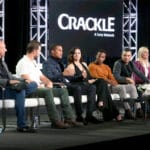