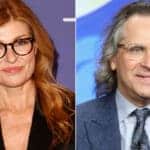 Imagine Entertainment that announced it has signed a multi-project deal for scripted television with Emmy-winning writer/producer Jason Katims and his True Jack Productions banner. Together, they have three projects in the works. The deal meets Katism with Imagine, where he made the “Friday Night Lights” and “Parenthood” series. The announcement was made by presidents Tony Hernandez and Lilly Burns.

“Jason Katims is behind some of the best television series of our time. His ability to tap into the American zeitgeist and create characters that touch our hearts and souls is unparalleled. said Kristen Zolner, Head of Imagine Television, in an official statement. “We are beyond thrilled to be partnering with Jason and excited for what’s to come.”

“I am thrilled to reunite with Imagine, who have been my partners on two of the best creative experiences of my career,” said Katims in an official statement.

Jason Katims most recently served as creator, showrunner and executive producer of the Amazon series “As We See It.” Katims’ latest project, “Dear Edward” reunites him with his “Friday Night Lights” star Connie Britton alongside Taylor Schilling (it is coming soon to Apple TV+). Besides the critically acclaimed “Friday Night Lights” and long-running “Parenthood” (both based on preexisting Imagine properties), Katims has also worked on “Away” on Netflix, “Almost Family” on Fox, “Rise” on NBC, “ The Path” on Hulu, “Pure Genius” on CBS and “About a Boy” on NBC.

Imagine Television has a robust slate of projects in production including the upcoming series “Genius: MLK/X” on Disney+, the third season of “Wu-Tang: An American Saga” on Hulu, the second season of “Swagger” on AppleTV+, and the second and third seasons of the Emmy-nominated “The Ms. Pat Show” on BET+. Imagine’s look at the history of effects house Industrial Light & Magic, “Light & Magic,” just debuted on Disney+. 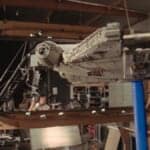