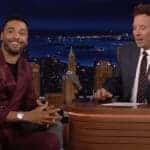 As part of Fallon’s Superstar Super Summer, the Grammy-Award winning Megan Thee Stallion will make her third appearance on the show, her first as a co-host, on August 11.

In what will be her third appearance on “The Tonight Show” and first time co-hosting, Megan will join Fallon in front of the iconic blue curtain to deliver the evening’s monologue and interview guests.

Lovato, who is also no stranger to the stage, will then arrive for a three-day long takeover from August 16-18. This will be her ninth appearance of her on Fallon, and her first time co-hosting of her. For three jam-packed days, Lovato will take on the role of special guest, co-host and musical performance ahead of the release of her new album “HOLY FVCK.”

Madonna returns to the “Tonight Show” for her fifth appearance on Aug. 10 ahead of the release of her compilation album, “FINALLY ENOUGH LOVE: 50 NUMBER ONES.” Madonna is a part of the Superstar Super Summer lineup of don’t-miss special guests that includes Sterling K. Brown, Elvis Costello, Idris Elba, Kate McKinnon, Martin Short and more. 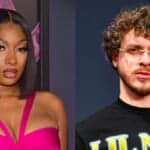 See also  Elvis and the trouble with musician biopics