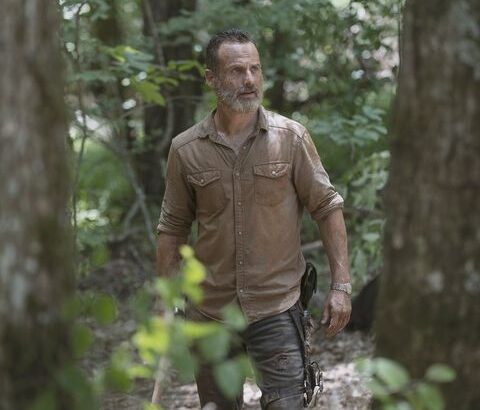 The team of ‘The Walking Dead’ has finally confirmed that andrew lincoln will play again Rick Grimes in the next spin-off of the series, but that there are unlikely to be any more unexpected appearances. And this has to do with Eric Tiede, from the cast of ‘The Tales of the Walking Dead’, at least.

Following the news that ‘The Walking Dead’ confirms the return of Rick Grimes and Michonne, but not on film, if not in this new miniseries, Eric Tiede has denied another fan theory that linked Rick with the other spin-off the original series: ‘The Tales of the Walking Dead’.

Despite the fact that the latest spin-off in series format, whose premiere is scheduled for this month, has been called “a new incursion into this world”, that has not stopped fans from speculating that the supposed character Eric Tiede’s could be a younger version of Rick.

Responding to this assumption on the part of the fans, the actor of ‘The Tales of the Walking Dead’, responded via twitter: “There is only one Rick Grames”.

“To the incredible fan who wrote this – I love you, but there is only one Rick Grames and that is Andrew Lincoln.” Eric explained. “So despite the intriguing theory, I’m not playing a younger version of Rick in #TalesOfTWD.”

Still, reluctant to dismiss the whole theory outright, he added: “Sorry to burst the bubble, but hey, maybe Rick has a cousin somewhere…”

We’ll stay with that.

Although Rick may not be back for ‘Tales of TWD,’ fans can take comfort in the news of the return of Alpha, played by Samantha Mortonwhich is official.