‘Outlander’ Prequel ‘Blood of My Blood’ in Development at Starz With Executive Producer Matthew B. Roberts 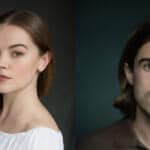 Starz’s “Outlander” prequel is in the works. Under the name “Blood of My Blood,” the prequel will be executive produced by Matthew B. Roberts, “Outlander’s” showrunner.

“The #Outlander universe is expanding! Outlander: Blood of My Blood, a prequel that will follow the love story of Jamie Fraser’s parents, is officially in development at STARZ,” the network shared in a tweet on the official “Outlander” Twitter account.

Jamie Fraser’s parents are Brian Fraser and Ellen Mackenzie. Neither character is alive in “Outlander,” though Brian was seen in flashbacks.

Maril Davis and Ronald D. Moore are also executive producers alongside Roberts. All three have been with “Outlander” since the beginning.

“’Outlander’ is a riveting show that from season to season has captured the hearts of its fans around the world,” Kathryn Busby, president, Original Programming at Starz, said in a statement. “We are excited to peel back the layers of this vibrant world to bring our audience the origin of where it all began. Matthew, Maril, and Ronald will continue to bring their excellent vision and creativity to this new iteration, and we can’t wait to see what happens next.”

Season 7 of “Outlander,” which stars Caitriona Balfe as Claire Fraser and Sam Heughan as Jamie Fraser, is in production.

admin
See also  REVIEW: Starz's The Gloaming is a temperamental police procedure haunted by the supernatural