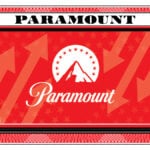 Paramount+ added 4.9 million subscribers in the second quarter for 2022, growing to 43 million total paid subscribers and its revenue grew 120%. The 4.9 million adds includes the removal of 1.2 million Russia-based subscribers.

The growth for Paramount’s SVOD streaming service is impressive after comparing it to the continued loss of subscribers for the quarter for Netflix earlier this quarter, as well as the Peacock subscribers that stayed flat for the quarter.

Though the studio didn’t provide specific viewership figures, it said that “Halo,” “1883,” “The Lost City,” “Sonic the Hedgehog 2,” “Jackass Forever,” “Star Trek: Strange New Worlds,” and the UEFA Champions League generated strong acquisition and engagement as both domestic and international hours watched per household grew year-over-year. And on the earnings call, CEO Bob Bakish specifically touted “Halo” as a top driver globally for subscribers and acquisitions. Though it stands to reason that Paramount+ could be boosted even further next quarter eleven “Top Gun: Maverick” is finally added to the streamer.

Bakish also cited third party data from Antenna Data that claimed Paramount+ is the leading platform when it comes to switchers in the US, meaning that people who cord cut and drop cable are most likely to add Paramount+ compared to other subscription services.

And Bakish also touted Paramount+’s hope to expand internationally, launching in UK, Ireland and South Korea during the second quarter, as well as planned bundles with Sky in markets like Italy, Austria and Germany and Canal+ in France.

Paramount+, though, was the high point for Paramount Global in terms of overall global direct-to-consumer subscribers, as overall subs across all platforms, including Showtime and BET+, grew only modestly in the quarter, hitting 64 million and growing just 5.2 million overall. 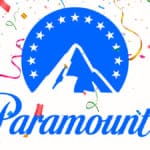