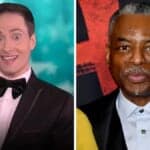 Randy Rainbow is back with a new parody, and he’s included some of his favorite targets. In this video, teed up by an “interview” with Ted Cruz, Rainbow calls out Republicans for consistently using “thoughts and prayers” as their go-to — and often only — response after mass shootings.

As always, Rainbow’s video starts with him preparing for an interview on “Fake News Channel.” He’s visibly annoyed to be starting, and we quickly see why. “I’m joined now by this f—in’ guy,” Rainbow says exasperatedly, as Ted Cruz appears on screen next to him.

“Senator Cruz, gun violence has become an epidemic in this country,” Rainbow says. “Yet your party continues to offer little more than thoughts and –“

At that, the footage of Cruz cuts Rainbow off, telling him that whenever someone loses a loved one, that natural instinct is to pray for them, before going off on how the left has “this bizarre antipathy to god and to prayers.” Slowly but surely, the music swells, and Rainbow breaks into his song by him — this time set to the tune of “Dance: Ten, Looks: Three” from “A Chorus Line.”

“How can there be such nonchalance from Republicans? Here they come again, with their favorite response,” Rainbow sings. “’Thoughts and prayers.’ Tweet your corny last respects. Screw the laws and the background checks, who needs common sense? Sing a psalm like Pence!”

As he continues, Rainbow admits that “thoughts and prayers” would be apt if the setting were look and different.

See also  How to unlock skins in Pokémon Unite

“That would be appropriate if they were all running Hallmark stores,” he sings. “Thoughts and prayers won’t save our lives, so go shove yours.”

Elsewhere in the video, we see some of Rainbow’s favorite targets pop up, including Marjorie Taylor Greene, Lauren Boebert, Sean Hannity and more.

You can check out the full video for “Thoughts and Prayers” above. 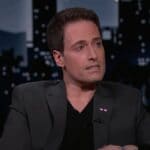