Review of ‘Predator: The Prey’ 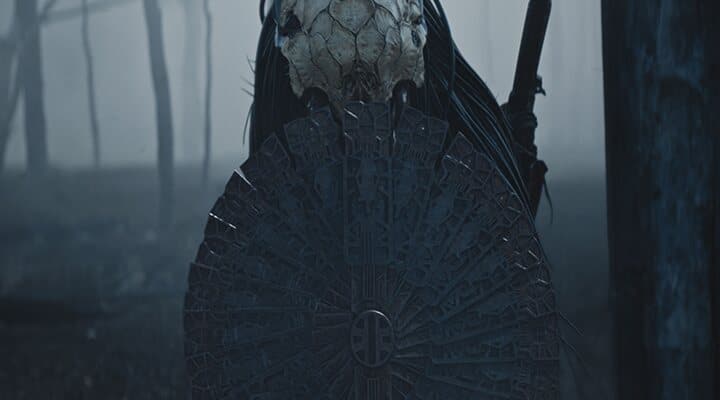 Since Arnold Schwarzenegger faced that ‘Predator’ in 1987, many years have passed. And the saga has been changing accordingly, generally with much poorer results. Even so, the alien hunter franchise is still alive and ready to return to the screen with ‘Predator: Prey’. It will be the first installment to be released directly via streaming without going to theaters first. The tape will land on Hulu in those countries that have said service, and on Disney+ in the rest of the world, Spain included. In addition, for the first time it will be a prequel and not a sequel to the original film.

‘Predator: La Presa’ travels to the end of the 18th century, taking place in the Great Plains of North America. There, a tribe of Comanche natives peacefully lives their day to day. Naru, a young woman from the tribe, longs to prove her courage and cunning to become a hunter. While unsuccessfully trying to convince the rest of the hunters, a Predator arrives in the vicinity of the place. The monster, thirsty for blood and eager to hunt, will sow chaos in forests and meadows, with Naru trying to discover what exactly is the danger that awaits them.

The consolidation of a rookie

The film is directed by Dan Trachtenberg, one of today’s most promising directors. At 41 years old, ‘Predator: La Presa’ becomes his second film after the acclaimed ‘Calle Cloverfield 10’. And thanks to this new installment of ‘Predator’, in addition to some work on television in series as reputable as ‘Black Mirror’ or ‘The Boys’, Trachtenberg consolidates his signature among the big names on the current scene of action, science fiction and fantastic/horror 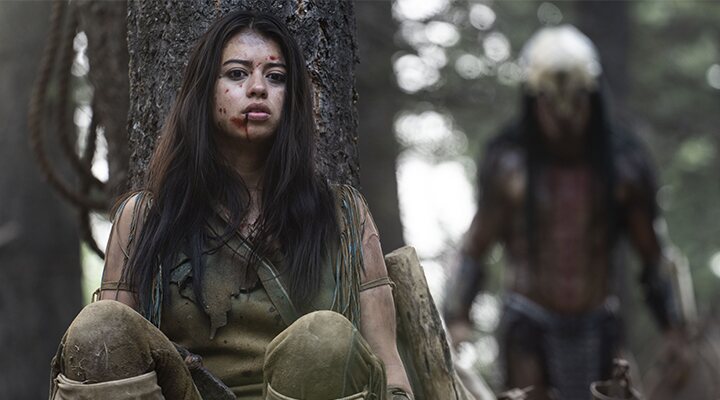 It does so because, despite being a movie for the small screen, ‘Predator: La Presa’ is a job very well done in most of its facets. Far from the futuristic and excessive paraphernalia that have accompanied most of the saga’s sequels, the film simplifies everything that had not worked in these decades. Go back to a time when weapons were bows, arrows and, above all, brains. Naru has that and the Predator has to adapt to that so that it is a fair fight, the ones that these beings really like.

The amusement of blood

This simplification in the plot allows the entire film to go much more to the point than normal. You come to ‘Predator’ to have a good time and see a lot of blood. So that’s what Trachtenberg gives us. The beginning is too long, presenting characters and situations that really matter between little and nothing and that are easily lost in oblivion. But the moment it starts, ‘Predator: La Presa’ goes without brakes. The festival of action sequences is sensational, all of them with the construction of the tension in the right measure so that everything increases as the minutes go by. 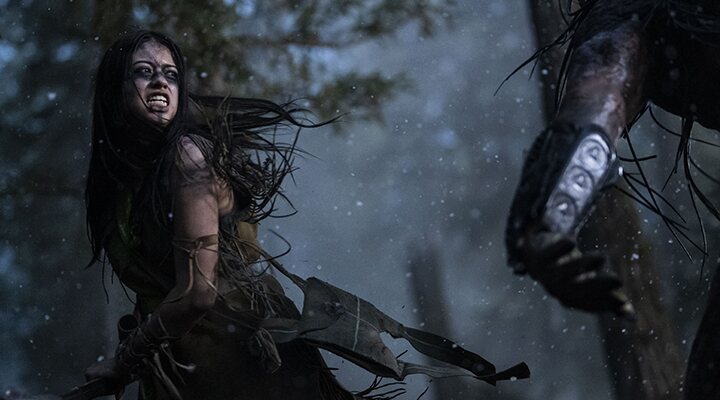 They are also very explicit scenes of violence. Blood and dismemberment are not lacking in the film, which by the end of its middle section has already become a hunting spectacle worthy of the 1987 film. Because that is the best thing about ‘Predator: La Presa’, which it has been able to pick up finally what worked so well and that they had never been able to replicate afterwards. That fighting spirit, of a duel to the death in which the human, rather than the melee, must make use of his intelligence if he wants to stay alive. It was not necessary more, but we have had to wait many years to see it again. Fortunately, Trachtenberg likes it and revels in it to the viewer’s delight.

A bridge to inclusion

This hunt also has the incentive of being carried out by a culture such as the Comanche. Aside from the visual appeal offered on screen by a culture so attached to the land, with its rites and traditions, Trachtenberg himself defines it as “the best hunters on Earth at that time”. This adds a welcome bit of extra epicness to the Predator duel. And to ensure that they give a true representation of said people and not the classic fictional caricature that we are used to, the team of ‘Predator: The Prey’ has been composed of numerous members of indigenous tribes… One of the big names has been Jhane Myers, producer of the film and in charge of supervising everything related to the Naru tribe, since she herself is both Comanche and Blackfoot. 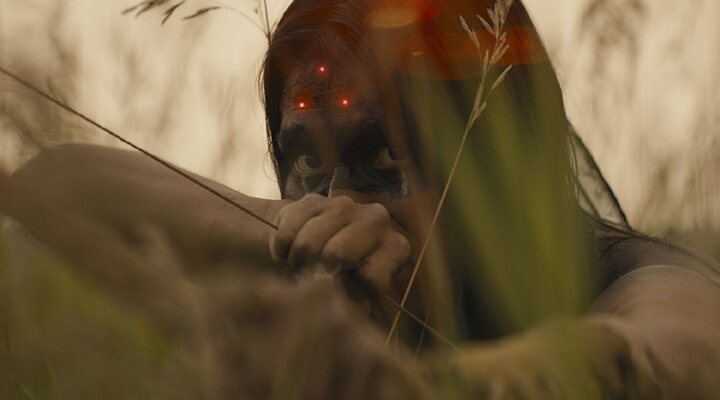 Something similar happens with the leading actress, Amber Midthunder. The young woman belongs to the Assiniboie Sioux tribe of Fort Peck, so she contributed several ideas to complete Naru. All of them with a magnificent result, because ‘Predator: La Presa’ offers the necessary character development, without exceeding or falling too short. There is an interesting and archetypal conflict, that of proving (and proving) that she is also capable of hunting. But this doesn’t need to overlap with the Predator hunt. Midthunder gives Naru a very solid performance, an extraordinary unflinching action heroine that supports the weight of the plot much more than the alien, whom we barely see because of his invisible suit.

In short, ‘Predator: La Presa’ is the movie that fans of the saga have been asking for for years. An entertainment of extreme action and violence that in just over an hour and a half manages to fulfill all purposes. Amuse, terrify and like. The main character of her is interesting enough that the plot does not drop at any time until the prolonged and brutal climax that everyone expects. It is, without a doubt, the best installment of the saga since the original.

The best: Naru as an action heroine, explicit violence and a return to the simple and functional spirit of the saga.

Worst: Until the action begins, the start is somewhat slow.

‘Predator: The Prey’ premieres on Disney+ on August 5.