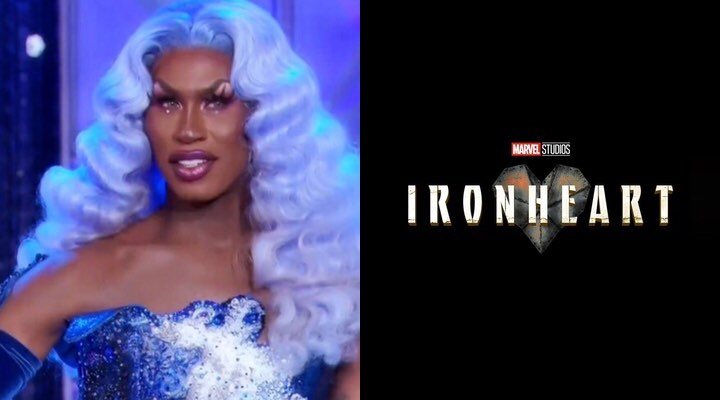 Little by little, new details about the upcoming Marvel series ‘Ironheart’ are being released. On this occasion, it has been revealed that one of the queens of the well-known drag queen franchise ‘RuPaul’s Drag Race’ will be part of the cast. The popular Shea Couleé will have her own character in the Marvel Cinematic Universe.

Jaren Kyei Merrell, known by his stage name Shea Couleé, has made headlines after it was revealed that will be part of the cast of the marvelita series. she has confirmed dead line in exclusive. Although it is not yet known who he will play or if he will appear “in drag” or not, ew has been able to know that will have a regular character within the series. It is not the first time that the queen has some kind of relationship with superheroes. In 2018, the ‘Iceman’ comic series featured a drag queen character inspired by some of the contestants who went through the aforementioned reality show, including the new interpreter of ‘Ironheart’.

Shea Couleé became known as a contestant on season 9 of the drag queen show ‘RuPaul’s Drag Race’, and returned to compete in ‘All Stars’ seasons 5 and 7 (the latter, which has just come to an end, integrated only by franchise winners). On this occasion, the drag queen will share the screen with Dominique Thorne who will be in charge of giving life to the protagonist of the Marvel series, Riri Williams, an ingenious armor designer. The cast is joined by other actors such as Anthony Ramos, Lyric Ross, Manny Montana and Harper Anthony and the actor known for his role in the ‘Star Wars’ franchise Alden Ehrenreich.

To break with the figure of the traditional hero is to create a new narrative with the possibility of offering inclusion and representation to diverse characters. As Joshep Campbell’s studies in ‘The Hero with a Thousand Faces’ indicate, to which the creator of the ‘Star Wars’ franchise, George Lucas, latched on, we have inherited from the oldest myths the archetypal structure of the hero, some heteropatriarchal molds that seem to be cracking.

Now that the news of the role of drag queen Shea Couleé for ‘Ironheart’ is known, it is a good time to remember some of the characters with which Marvel broke the rules on the big screen, such as the decision to include by two trans actors for the first time in the movie ‘Spider-Man: Far From Home’ and the openly queer characters in ‘Eternals’ or ‘Thor: Love and Thunder’. Slowly the superhero franchise seems to be populating the spaces that, until recently, were only occupied by normative actors. At the moment, the release date of ‘Ironheart’ is unknown.