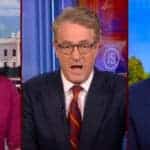 Seth Meyers returned to studio on Wednesday night after recovering from a second bout of COVID-19 – or as he joked, the virus’ “Season 2 pick-up” – and, beyond his return, he celebrated Kansas’ big win on abortion rights . Of course, Meyers also celebrated how angry it probably made Justice Brett Kavanaugh.

On Tuesday night, voters in Kansas overwhelmingly rejected the idea of ​​removing a woman’s right to an abortion from the state constitution, showing up in record highs and voting against a measure that would do just that. Meyers took particular delight in imagining reactions from conservatives.

“Wow, somewhere right now, Brett Kavanaugh is angrily chugging a Coors Light tall boy with PJ and Squee,” Meyers joked. “[I’m] sure he’s making that face, you know? He really manages to look incredibly angry and incredibly goofy at the same time. Like a chihuahua who just saw the mailman.”

Jokes aside, I noted how promising the results in Kansas were on a larger scale, perhaps fueling optimism nationwide.

“It’s especially encouraging given that anti-abortion activists used every shady tactic they could think of and still lost,” Meyers continued. “For example, the wording of the ballot question was intentionally designed to be as confusing as possible.”

The late night host then called up that wording, which was as follows: “Because Kansans value both women and children, the constitution of the state of Kansas does not require government funding of abortion and does not create or secure a right to abortion. To the extent permitted by the Constitution of the United States, the people, through their elected state representatives and state senators, may pass laws regarding abortion, including, but not limited to, laws that account for circumstances of pregnancy resulting from rape or incest, or circumstances of necessity to save the life of the mother.”

See also  Everything we know about the Witcher: Nightmare of the Wolf

Taking a moment to catch his breath after such extensive phrasing, Meyers offered up his guess on who likely wrote that wording for the measure.

“Man, I can’t believe they hired the same guy who wrote the iTunes user agreement,” he joked. “I hope voters were given the options ‘Yes’, ‘No’ or ‘Da F—?’ That reads like the intro to a college paper you start writing at 3 am the night before it’s due.”

You can watch Seth Meyers’s full “A Closer Look” segment in the video above. 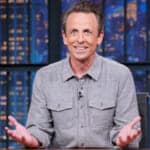