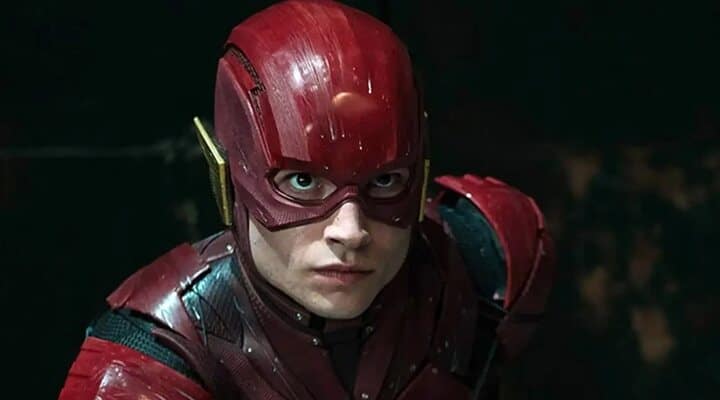 Every time Ezra Miller’s name appears in a headline, it’s cringe-inducing. According to a recent article by Insiderthe actor of ‘Fantastic Animals’ and ‘The Flash’ would have lost contact with reality and He would have been driving armed and wearing a bulletproof vest for the last six months convinced that he was being followed by the FBI and the Ku Klux Klan. According to the media, he would carry at least one pistol on him and the vest is used in response to “real attacks and death threats received”, In addition, they assure that he is the leader of a small cult, like a sect, that travels with him.

Insider has contacted several people close to Miller who, although they have preferred to remain anonymous, claim to be concerned about his mental health and cannot determine if these behaviors are the result of fame or if no one has paid enough attention to him. his behavior in years. According to a family friend, his entourage is finding it difficult to help him: “I think Ezra has been spoiled because of his fame, his wealth, his earning potential, his whiteness and his beauty. It’s really hard to intervene when someone has as many resources as Ezra. When you’re famous, people are less likely to say “no” to you. I think those things can be really dangerous.”

And what about ‘The Flash’?

Despite the pickle that Warner Bros. is making with its future films (such as canceling the premiere of ‘Batgirl’ and the sequel to ‘Scooby!’) and past (removing several of its titles from HBO Max), the premiere from ‘The Flash’ they haven’t said a peep and for now still scheduled for June 23, 2023 (although this could change at any time). According to Insider, the Warner Bros. executive would have done very little to get Miller help, although they were aware of the decline and collaborated with him in the DC Extended Universe and the “Fantastic Animals” saga.

Among other controversies involving the actor are his various arrests in Hawaii, the video where he was seen hanging a woman in Iceland, the protection order that has been placed on an 18-year-old girl whom he met when he was 12 and would have been manipulating according to his parents, or the minors he allegedly has housed in a marijuana farm.