‘Sex Education’: Ncuti Gatwa will continue in the fourth season 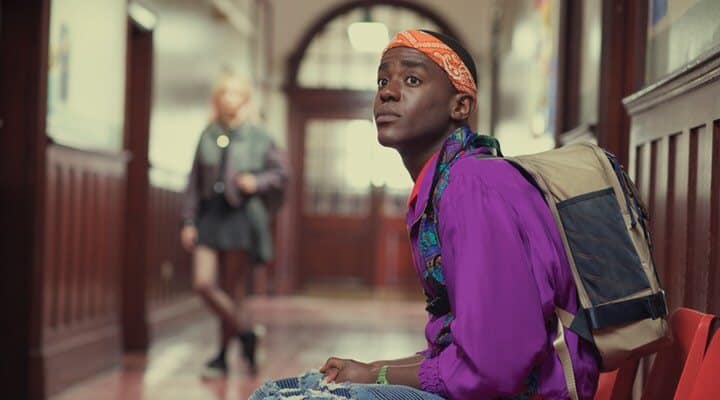 It seems that the coming course will not be completely lost for the ‘Sex Education’ students. Although the walls of the Moordale institute still seem to be wrapped in an aura of uncertainty, some of the doubts have been dispelled after it was confirmed that the actor Ncuti Gatwa will return to the series as Otis’s best friend, Eric Effiong.

The fans of ‘Sex Education’ feared for the future of the character played by Gatwa upon hearing the news that the actor would be the next doctor in ‘Doctor Who’, so it was assumed that the interpreter would not be for the fourth season , but it seems that now, through a exclusive of Variety, it has been confirmed that he will be present in the cast. The next ‘Sex Education’ course comes with big changes. After the events of the third season, there is a lot of uncertainty surrounding the future of the Moordale institute, which after the withdrawal of funds by investors, is forced to go up for sale, to which is added the exit of the actresses Simone Ashley (Olivia), who now has a role in ‘The Bridgertons’, Patricia Allison (Ola) and Tanya Reynolds (Lily).

Ncuti Gatwa has taken over the power of omnipresence. When his role as the protagonist in ‘Doctor Who’ was confirmed, fans of the series feared that he would not appear in the fourth season, but now that the news of his return has been known, it has left a great relief. It will appear in both series, but also in another great title: ‘Barbie’, the next film of the most famous doll of all time, played by Margot Robbie and with Ryan Gosling in the character of Ken. The cast of this latest film is also joined by another companion of Gatwa from the cast of ‘Sex Education, ‘Emma Mackey.

Times change and for the better

The premiere of the next season of ‘Doctor Who’ will coincide with the 60th anniversary of the British series. The cast will feature well-known actor Neil Patrick Harris, who will play the antagonist of the Doctor. In a interviewthe interpreter of ‘How I met your mother’ revealed that Ncuti Gatwa would be in the words of Harris: “The first gay Doctor, which will be great, a sexier Doctor”. This new season for which the Moordale student will have u leading role, will mark a before and after in one of the longest-running series, which has more than 800 episodes.

With several projects, Ncuti Gatwa will return to ‘Sex Education’ as Eric Effiong in the fourth season, which for now release date unknown.