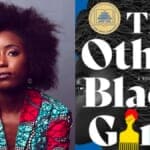 “It is an exciting time to be leading the Onyx Collective. When we opened our doors just over a year ago, we set out to nurture imaginative storytelling, creating disruptive, inclusive and wildly entertaining narratives that would spark conversation and forward the culture,” president Tara Duncan, who also leads Freeform, said in a statement . “That vision is materializing in ways we could have only dreamed of, and we remain grateful to have a clear lane at Disney General Entertainment, a company that has empowered our work from day one.”

While it is currently untitled, the Swizz Beats project is expected to be a series where the hip-hop legend visits car-loving destinations to examine the area’s distinctive car culture and bring together two otherwise disparate car clubs over a shared love of all things automotive .

Also announced Thursday, as part of Onyx’s presentation at the Television Critics Association summer tour, were “Ring of Fire: The Life of Annie Mae Aquash” (w/t), an exploration into the unsolved death of the Indigenous woman, and “Searching for Soul Food,” which will follow celebrity chef Alisa Reynolds as she discovers what soul food looks like around the world.

Lastly, Onyx Collective has also set a date for “Hair Tales,” which is a docu-series that leads the audience through a revelatory journey of connecting the personal tales of phenomenal Black women to broader societal and historical themes, per Onyx. It will feature Oprah Winfrey, Issa Rae, Chlöe Bailey, Chika, Congresswoman Ayanna Pressley, “black-ish” star Marsai Martin, and more.

Onyx Collective is a new content brand formed under Disney General Entertainment Content designed to curate a slate of premium programming by creators of color and underrepresented voices. So far, the brand has launched content including “Summer of Soul (…Or, When the Revolution Could Not Be Televised)” and Kerry Washington’s “Unprisoned.” 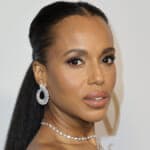