The catastrophic prediction about climate change: “In 50 years, will anyone still live in the center of Spain?” 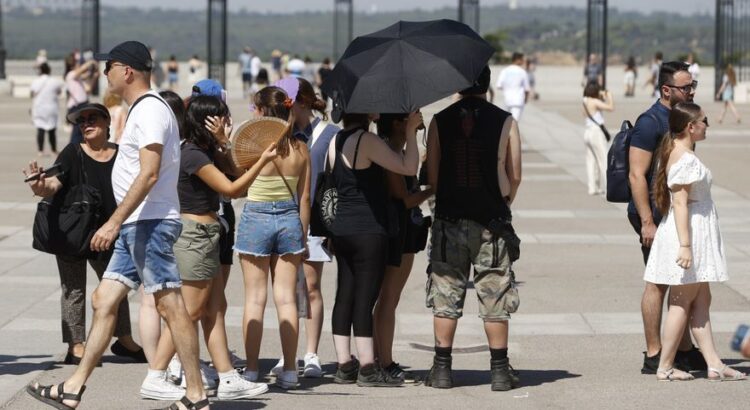 Although for years the journalist simon kupper He wrote about football -in fact, he has written several books on the king of sports and also several articles on the Barca and his admired Johan Cruyff-, now write generalist columns in the ‘Financial Times’.

In fact, he has recently written in the British newspaper about the need (or not) to spend more on weapons, in addition to an essay on former Prime Minister Boris Johnson, to give just two examples.

Now, Kuper explains that he has spent “a year in Madrid, trying to understand Spain.” And among his conclusions, he assures that, although Spain in general is “the most liveable country in the world” -points out that more for “privileged foreigners than for the average Spaniard”-, “climate change could be particularly devastating here“.

And he adds that, although the effect of climate change should be a priority for the Spanish, they “spend more time discussing national unity”, emphasizing that “the great modern trauma of Spain was the illegal referendum on the independence of Catalonia in 2017″.

And he bases his statement on the fact that Catalan flags proliferate in Barcelona (or “versions” of it, no doubt referring to the ‘stellar‘, the unofficial pro-independence flag), while in Madrid the rojigualdas proliferate.

But Kuper, who also mentions in passing the “political corruption“, assures that there are also good things, like that the life expectancy of the Spaniards, which is now 84 years, could be “the highest in the world in [el año] 2040”.

And although another of the country’s problems is “the Spain emptied“, Kuper points out that the real problem that the Spanish and their rulers should be concerned about right now is the ravages of climate changeespecially in the center of the Peninsula and Madrid, “a booming city, the London of Spain and a kind of tax haven” that “has surpassed Barcelona as a business center”.

“The crisis that is coming in Spain is climate change […]. The orange dust on our balcony this spring, brought from the Sahara, felt like an omen,” writes Kuper. He states that he writes “next to an electric fan in Madrid, where temperatures have exceeded 35ºC for weeks. Some regions exceed 40º, which is not habitable.”

To strengthen his warning, he assures that “the barren and cracked fields that can be seen from the windows of the train seem to be from North Africa. The harvest in Jerez began on July 28, the earliest in the history of the region. Desertification has already affects about a fifth of the Spanish territory”.

And he warns that “tourism will gradually shift from the south coast to the beautiful, cool north, as the summer heat turns from attraction to threat.”

admin
See also  🔴 Live: Deputies start debate on the permanence of the Army in the streets until 2029