The Other Black Girl Gets Series Order From Hulu 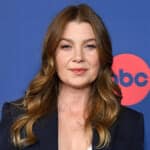 Hulu has given a series order to “The Other Black Girl,” a television adaptation of Zakiya Dalila Harris’ bestselling debut thriller novel of the same name.

From the Onyx Collective, the show centers on Nella, an editorial assistant at a venerated Manhattan-based publishing company, Wagner Books, who is tired of being the only Black woman at her workplace. She’s initially ecstatic to be joined by Hazel, who was born and raised in Harlem, but when she begins rising through the ranks, Nella begins to spiral and uncovers something sinister taking place at the company.

Loosely based on Harris’ time at the Penguin Random House-owned publisher Knopf Doubleday Publishing Group, the novel — described by Cosmopolitan as “Get Out” meets “The Devil Wears Prada” — graced several Best Book of 2021 lists. It was published by Atria/Simon & Schuster in 2021 in a deal brokered by UTA on behalf of Harris.

In April 2020, it was announced that Hulu struck an overall deal with Duncan, a former Netflix executive whose involvement helped clinch the project, then in development, in a competitive bidding war. 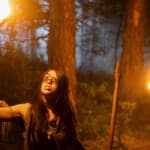