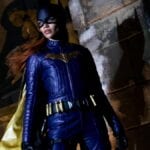 The overwhelming box office success of Paramount’s “Top Gun: Maverick” has trickled down to every sector of the movie theater industry, as premium format company CJ 4DPLEX reports that Tom Cruise’s film has grossed $50 million in combined ticket sales from its 4DX and ScreenX formats .

“Thanks to ‘Top Gun: Maverick’ we have seen unprecedented box office numbers for 4DX and ScreenX that are consistently breaking records worldwide,” CJ 4DPLEX chief executive Jongryul Kim said. “We look forward to continuing the momentum as more and more filmmakers see the value in our premium theater formats and how they enhance the overall viewing experience.”

“We want to thank Tom Cruise, Joe Kosinski, Jerry Bruckheimer and everyone at Paramount Pictures for creating a film that has reinvigorated the movie theater experience and reminded audiences what it’s like to see an epic movie.” CJ 4DPLEX America president and CEO Don Savant said. “Together we have proven that our two formats offer a truly unique experience that can only be appreciated in a movie theatre.”

As “Top Gun: Maverick” pushed its box office totals to $650 million domestic and $1.3 billion worldwide, it has driven a strong turnout to premium formats like Imax, Dolby and 4DX from moviegoers looking for an elevated version of one of the year’s biggest movie theater spectacles.

4DX is a format in which the theater’s seats tilt and vibrate to the action in the film, while ScreenX expands the screen to include the side walls of the theater, immersing the viewer in a 270-degree screen with the side screens filling in their peripheral view. CJ 4DPLEX worked with “Top Gun: Maverick” director Joseph Kosinski to optimize the presentation of the film in both formats, which combine to form the second-largest premium format network worldwide behind Imax.

“We designed ‘Top Gun: Maverick’ to be seen in theaters and the ScreenX and 4DX versions create an experience that are completely unique,” ​​Kosinski said. “Working with the team at CJ 4DPLEX, I was thrilled that we were able to use the side camera footage from our six-camera cockpit array to fill out both wings of the ScreenX format with real photography. The result is a totally immersive version of our film that can’t be replicated anywhere else.” 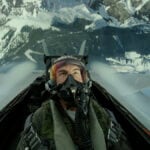 The $50 million total for “Maverick” from 4DX/ScreenX includes $11 million from the formats’ American locations, along with $6.7 million in Korea and $1.4 million in Taiwan. In Japan, the company’s 4DX/ScreenX hybrid auditorium in Tokyo has grossed over $430,000 to date, the highest during the pandemic for any Hollywood release.

After 10 weekends in theaters, “Top Gun: Maverick” still has not dropped out of the top 5 of the North American box office charts. While it may finally drop out this weekend with the release of the Sony action film “Bullet Train,” it may get a small boost on August 12 when the film gets an Imax rerelease. When it does, the film will see its Imax grosses pass $100 million, as it currently stands at just over $98 million from the format.