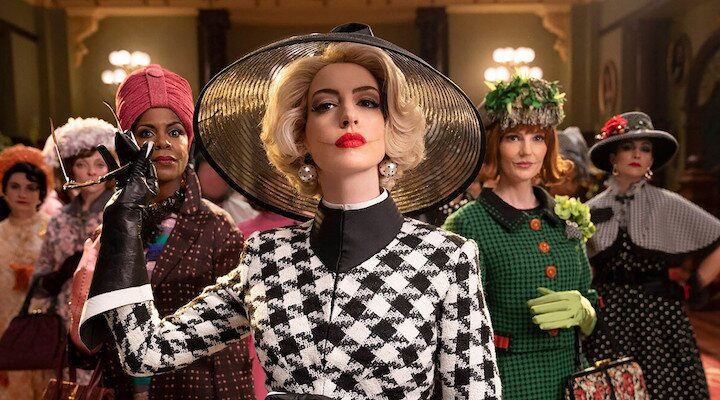 Something is going on at Warner Bros. The company recently merged with Discovery Inc., and under the new leadership of David Zaslav, currently undergoing an internal restructuring that is rumored to result in many layoffs and canceled projectswith the new goal set to reorient the studio back towards the cinema after a few years focused on streaming with HBO Max.

The first affected has been ‘Batgirl, whose cancellation caught everyone by surprise last Tuesday, August 2, especially considering that the studio had spent $90 million on it and that it was well advanced. And the sequel to ‘Scooby!’, which was going to be released directly on HBO Max, will not be released either, despite also being almost finished.

It has become clear that for Zaslav, HBO Max is not a priority and also it is rumored that Warner will stop producing original content for the platform, rebranding the titles that survive under the umbrella of the classic HBO. Alterations are already taking place at HBO Max itself that could signal major changes in the near future. Specifically, six Warner films cataloged as Max Original have disappeared from the platform.

The films supposedly secretly eliminated by Warner are ‘The Witches’ the recent adaptation of Roald Dhal’s book headed by Anne Hathaway, ‘Moonshot’, ‘Superintelligence’, ‘Pickled in Time’, ‘The Kings of Baltimore’ and, interestingly, , another title starring Hathaway, ‘Confined’. All of them were exclusive to the Warner Bros. streaming service, but are currently in limbo. In Spain they are not available on the platform either. Removing (and in many cases re-adding) titles from the catalog is standard practice for streaming services for a variety of reasons, but given the circumstances surrounding the restructuring of Warner Discovery, it could indicate an uncertain future for HBO Max.

But that is not all. In addition to the cancellation of ‘Batgirl’ and the sequel to ‘Scooby!’ and the demise of the Max Originals, too ‘House Party’ remake has been removed from Warner’s release schedule. The film, produced by LeBron James and Maverick Carter, was supposed to premiere this summer on HBO Max, but has also been cancelled.

The ‘Supergirl’ movie is also in danger

Understandably, given this whole situation, There’s a lot of uncertainty surrounding several previously announced DC projects that are now hanging in the balance.. Corroborating the decision to refocus on theaters, it has just been announced that the sequel to ‘Joker’ with Joaquin Phoenix will be released in theaters in October 2024. On the other hand, James Gunn has reassured fans of ‘The Peacemaker’ by assuring that the series starring John Cena is not in danger.

However, it seems that the ‘Supergirl’ movie, starring Sasha Calle, could suffer the same fate as ‘Batgirl’, since according to sources of rolling stoneI would be the next to fall. Calle’s casting was announced in February 2021 and the actress would appear for the first time in the DC Extended Universe in ‘The Flash’, which would also feature the return of Michael Keaton as Batman and for which she had already recorded her scenes. last year. However, the future of that film is not clear either, due, among other things, to the constant controversies in which its protagonist, Ezra Miller, has been involved.