Yes, ‘The View’ Really Invited Ron DeSantis Onto the Show 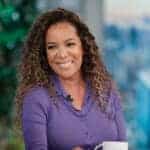 “The View,” which hasn’t been shy about criticizing Ron DeSantis’ policies in the past, extended an invitation to the Florida governor to come onto the show despite the show hosts’ potential misgivings, an individual with knowledge of the move confirmed to TheWrap.

In turn, a member of DeSantis’ team posted their emailed response to Twitter on Wednesday, in which they passed on the offer and challenged the nature of the invitation.

“But are the hosts of the View really interested in hearing from Governor DeSantis about all of the important work he is doing on behalf of Floridians to protect their heath and livelihoods, to stand up for parents and children, and to defend freedom?” wrote Bryan Griffin, deputy press secretary for DeSantis.

“Which of the below statements from the hosts of ‘The View’ do you recommend our team consider when deciding if the interview will be a genuine pursuit of the truth? Or worth the time? Griffin continued before pointing to four instances when the show’s hosts were critical of DeSantis.

Among others, the letter highlights an instance in April 2022 when host Ana Navarro discusses the governor’s policies and says, “it’s anti-Black, it’s anti-gay, it’s anti-LGBTQ+ community, and for some reason, the Republican base responds to it .”

For context, in this episode Navarro admitted she previously supported DeSantis but was “bothered” by his actions against Disney. The “View” host criticized DeSantis’ move that revoked Disney’s special tax privileges and self-governing status, which was seen as retaliation after Disney objected to Florida’s “Don’t Say Gay” law.

See also  New Pokémon Snap: 10 Things That Are Much Better Than The Original Game

Another moment of criticism brought up in the letter is from an August 2021 show in which Joy Behar railed against DeSantis’s decision to ban mask mandates. The letter highlights Behar’s statement that “He’s risking the lives of children, children’s parents, their grandparents, anyone they may come in contact with, so that he can appeal to his white supremacist base and continue in his career, and get re-elected? ”

Amid growing COVID-19 rates and an increase in cases in children, Behar slammed the governor’s choice to rescind funding for schools that insist upon a mask mandate.

“We will pass on this offer,” the note from DeSantis’ team concludes.