WARNING: Spoilers ahead for “Bullet Train,” now in theaters

It sounds like the start of a joke: “A bunch of assassins walk onto a train…” So what exactly is the punchline? In the case of “Bullet Train” it’s pretty predictable — almost everyone dies. And in this case, it’s all at the hands of one mastermind. Of course, one giant plan featuring many different players can get pretty confusing, and that’s probably why you’re here!

Don’t worry, we picked it apart for you. Here’s what you need to know for sure; just about every assassin on that train was put there intentionally by one man. That man is known as the White Death, and he’s played by Michael Shannon (yes, you read that correctly). He’s a Russian crime lord, who climbed the ranks by killing everyone in his way. He’s ruthless and terrifying and vengeful.

And that vengeance and bloodthirst is exactly why White Death put pretty much everybody on that train. He had a bone to pick with each and every one of them. Well, except for The Prince (Joey King), who is actually his daughter. She got herself on the train because she intended to kill her father de ella, via a proxy in the form of The Father (Andrew Koji).

By pushing his young son off a roof, The Prince lured him in and intended to frame him as her father’s assassin, thus taking over his empire without issue. That in turn leads The Elder (Hiroyuki Sanada) to eventually board the train to protect his own son. But as it happens, The Elder was part of the original gang that the White Death rose through the ranks of and then subsequently destroyed, so he believed it was fate that put him and his son on that train. But the rest? Those were all White Death enemies. So let’s run it down.

First up is Lemon (Brian Tyree Henry) and Tangerine (Aaron Taylor-Johnson), the two professionals who were hired to recover the White Death’s son (Logan Lerman) and the ransom money he pretended to pay to get to that son back. He specifically requested “the two who handled the Bolivia job” because that Bolivia job resulted in the “twins” laying waste to the White Death’s crew. As a result, the crime lord himself had to go clean things up, leaving his wife unattended back home. More on that shortly.

But, whether they returned his son and his money was irrelevant; he was going to kill them anyway. And that leads Brad Pitt’s character, Ladybug, to confirm that yes, the White Death planned to have his own son killed. Apparently, the kid was just a screw-up, who constantly needed to be danced out. The White Death looked at him like a cancer that needed to be excised, so he did. And that’s why The Hornet (Zazie Beetz) was on the train.

White Death chose The Hornet to be the one to kill his son, and eventually die herself, because she was also the assassin that poisoned the surgeon who operated on his wife. Apparently, his wife was so badly injured that only one surgeon could’ve saved her, and he bled out of his eye sockets before he could do so. (The Wolf was on the train to find The Hornet, because she also killed his wife, so he had no connection to White Death either).

Of course, the White Death also blamed his son for his wife’s death. And that brings us to Ladybug’s presence from him on the train. He’s the only one who the White Death wasn’t actually targeting; he was just there because of bad luck. In reality, White Death wanted Carver, the agent that Ladybug was filling in for. 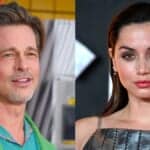 Flashing back to the night of White Death’s wife dying, we learn that Carver was driving the car that crashed into hers, and very intentionally at that. Carver was actually trying to assassinate the White Death, but the crime lord wasn’t in the car because he was dealing with Lemon and Tangerine’s mess in Bolivia (which is why he targeted them). He begged his wife not to go bail out their son de ella, but her love de ella for the boy was too strong, thus placing her in the car.

A few moments after the crash, we see that Carver was wearing stunt driving gear, and walked away totally unscathed. Who is the man White Death was actually after? Well, Carver is played by none other than Ryan Reynolds, in what might have been the most surprising cameo of the movie. (Though logically, it makes total sense, given Reynolds’ connection to both Leitch and Pitt via “Deadpool 2”).

Unfortunately, Ladybug is just filling in on the wrong day. Obviously, the White Death doesn’t exactly care at this point and opts to shoot him anyway. And unfortunately for himhe tries to use the gun that he took off The Prince — which promptly blows his head off.

Naturally, that’s the moment when The Prince herself emerges from the wreckage of the train, boasting once more about her luck. It’s short-lived though, as she’s promptly hit by a truck (driven by Lemon, of course. You can get the details on that here).

With the Russian crime family gone, The Elder and The Father set off back home together and Brad Pitt meets up with his handler (Sandra Bullock). He has one more bout of bad luck, crushing the car she showed up in, but neither are too heartbroken. They’re happy to have survived the mission and stroll off into the sunset, presumably to take on the next one.

So, that’s how you untangle the knots of “Bullet Train.” Yes, it’s all very convoluted. But what good assassin mystery isn’t?