How to Watch ‘Luck’: Is the Animated Movie Streaming? 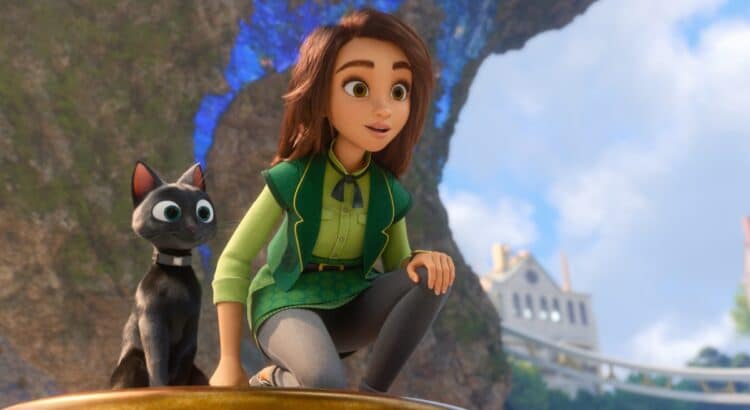 With voice acting from Whoopi Goldberg and Jane Fonda, the fantasy comedy will explore what happens when the unluckiest person stumbles into the Land of Luck.

If you’re feeling lucky, here’s how to watch “Luck” ahead of its release date.

Will “Luck” be in theaters?

No, the animated flick will not have a theatrical release and will only be available to stream.

What is “Luck” about?

The comedy follows Sam Greenfield (Eva Noblezada), the unluckiest person in the world, as she attempts to change her fate. When she unintentionally discovers the Land of Luck, she teams up with magical creatures to turn her luck around.

Eva Noblezada voices Sam alongside veterans Goldberg and Fonda, who play The Captain, head of security in the Land of Luck, and The Dragon, the CEO of Good Luck, respectively. Simon Pegg, who plays lucky black cat Bob; Flula Borg, who plays Jeff the Unicorn; and Colin O’Donoghue, who plays a “loyal leprechaun” named Gerry join as the magical creatures Sam encounters. Other voice cast includes Lil Rel Howery, who plays a flower shop owner where Sam gets her first job from Ella, and Adelynn Spoon, who plays Hazel, Sam’s roommate in foster care. John Ratzenberger plays Rootie, the major of Bad Luck.