James Franco will become Fidel Castro in ‘Alina of Cuba’ 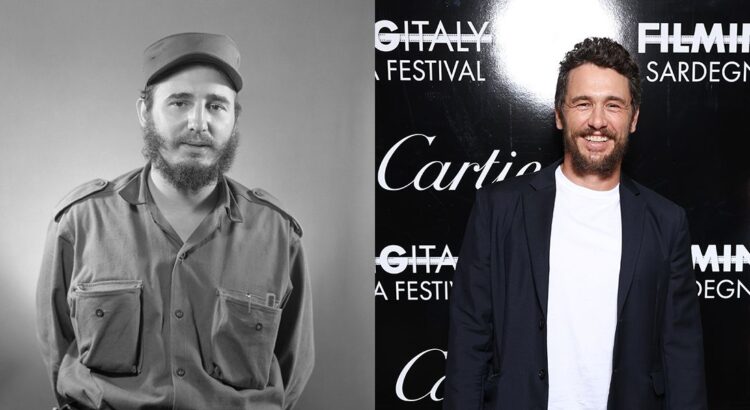 Actor James Franco will play Fidel Castro in the independent film ‘Alina of Cuba’. The 44-year-old actor has been cast in the role as noted by Deadline.

Franco thus joins the previously announced Ana Villafañe, who plays the main character Alina Fernández, Castro’s daughter. In addition, Mía Maestro has also joined the cast as Alina’s mother, Natalia Revuelta, a Cuban socialite who had the protagonist after an affair with Castro. The film will follow Alina’s life as the illegitimate daughter of the Cuban politician and a critic of his rule in Cuba before she left the country and defected to Spain in 1993. Franco’s casting has been supported by Fernández herself, who works in the production as a creative and biographical consultant.

The actor’s choice comes less than a month after the announcement that Franco will appear in the post-war drama ‘Me, You’, the last work of Bille August, scheduled for 2023, in which he will be accompanied by Tom Hollander and Daisy Jacob. Both films represent a comeback for Franco after being sued in 2019 for sexual abuse that took his acting class. The lawsuit was settled last year. Since the lawsuit, the actor has not appeared in a movie. He was previously seen in ‘Zeroville’, the HBO series ‘The Deuce’, ‘Arctic Justice’ or ‘The Ballad of Buster Scruggs’.